World Health Organisation (WHO) head Margaret Chanand and the leaders of West African nations affected by the Ebola outbreak are to announce a joint $100 million response plan. 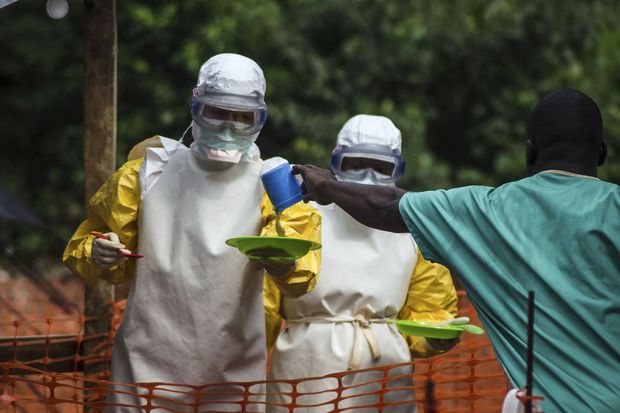 They will meet in Guinea on Friday to launch the initiative aimed at tackling a virus which has claimed 729 lives, the BBC reports.

Sierra Leone's president has declared a public health emergency over the outbreak after 233 people died there.

Ebola spreads through human contact with a sufferer's bodily fluids.

Initial flu-like symptoms can lead to external haemorrhaging from areas like eyes and gums, and internal bleeding which can lead to organ failure.

Ebola kills up to 90 percent of those infected, with patients having a better chance of survival if they receive early treatment. 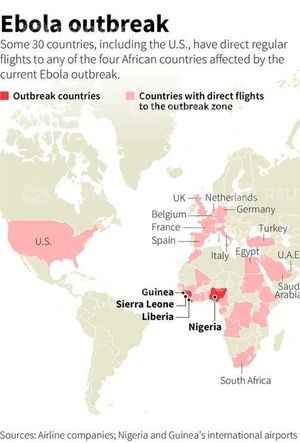 World map showing countries which have direct flights to any of the African countries affected by the Ebola outbreak. Photo: REUTERS

"The scale of the Ebola outbreak, and the persistent threat it poses, requires WHO and Guinea, Liberia and Sierra Leone to take the response to a new level, and this will require increased resources, in-country medical expertise, regional preparedness and coordination," she said in a statement on Thursday.

"The countries have identified what they need, and WHO is reaching out to the international community to drive the response plan forward."