Israel is calling up 16,000 extra reservists to bolster its military to 86,000 soldiers, as the conflict in Gaza continues.

On Wednesday, Israel's security cabinet met to approve the continuation of strikes against Palestinian militant group Hamas, which controls Gaza. Operations would continue against suspected militants, suspected rocket sites and a network of tunnels discovered leading into Israel, the military said. 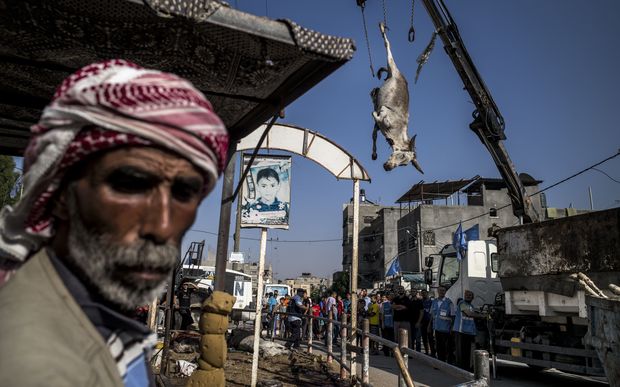 A Palestinian looks on at the carcass of a donkey killed earlier in the day during the strike on a UN school in the Jabalia refugee camp in the northern Gaza Strip. Photo: AFP

The move comes as Israel pledged to investigate a strike on a United Nations-run school that killed at least 16 people and wounding dozens more, the BBC reports.

Shells smashed into the elementary girls' school in the Jabaliya refugee camp on Wednesday where more than 3000 people had taken refuge. Some 106 people died in Gaza that day, according to Palestinian officials.

Earlier, Israel said that its military was responding to mortar rounds launched from near the school. But spokesperson Mark Regev told the BBC that Israel would apologise if it discovered that its fire was responsible for the strike on the school.

"We have a policy - we don't target civilians," he said.

The United States and UN condemned the attack, with UN Secretary General Ban Ki-moon calling it "shameful". Mr Ban later said: "I condemn this attack in the strongest possible terms. It is outrageous. It is unjustifiable, and it demands accountability and justice. Nothing is more shameful than attacking sleeping children." 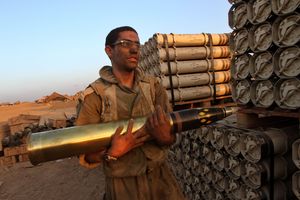 An Israeli soldier carries a shell as troops prepare ammunitions along the border with the Hamas-controlled Gaza Strip. Photo: AFP

The Gaza health ministry said the overall death toll is now 1336. Most have been civilians. Some 58 Israelis have been killed, 56 soldiers and two civilians.

The Israeli military said that operations against Hamas militants in Gaza would continue and include more targets in the centre and south of the territory. The head of southern command, General Sami Turgeman, said the army needed a few more days to destroy the tunnels it has located so far.

The US has given Israel access to weapons from the strategic stockpile it has in the country. The munitions, including grenades and mortar rounds, were delivered to the Israeli military following an official request last week.

The Palestine Liberation Organisation says Israel's offensive in Gaza is a deliberate massacre.