Israel's leader Benjamin Netanyahu has warned of a "prolonged" military campaign in Gaza, as it saw one of its heaviest nights of shelling since the conflict began three weeks ago.

Mr Netanyahu said Israel would continue to act until it had achieved its aim of destroying militant group Hamas's network of underground tunnels. 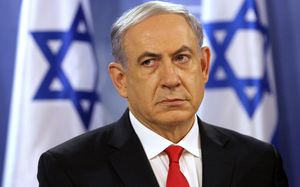 Israel made 60 air strikes on targets in Gaza overnight on Monday, including television stations and the house of a key Hamas leader. It said militants had launched three rockets at Israel.

At least 13 Palestinians are reported to have been killed in the overnight attacks, including six victims in one house in the Bureji refugee camp, while Israel's army lost 10 soldiers in the past 24 hours, the BBC reports.

The Gaza Strip was pounded by Israeli air strikes throughout the night. Among the targets was the empty home of Hamas leader Ismael Haniyeh and the Hamas-run media centre in Gaza City.

The renewed violence followed a relative lull in the fighting as Palestinians marked the end of Ramadan.

The Israeli military said five of its soldiers were killed in a clash with Palestinian militants who were trying to reach Israel through a tunnel. Despite growing international calls to end the violence, neither side appears willing to lay down their arms. 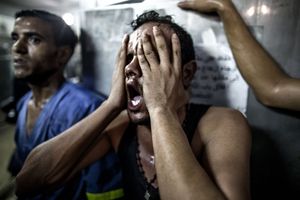 A relative reacts after seeing the bodies of children killed in an explosion in a playground in Gaza. Photo: AFP

Ten Palestinians were reported to have been killed, most of them children, by a missile that hit a Gaza playground on Monday. Another missile hit a building in the compound of the al-Shifa hospital - the biggest in Gaza.

Gaza's only power plant, already operating at severely reduced capacity, has been knocked out. Huge fires were raging near it on Monday and fire-fighters have been unable to reach the area. Gaza also purchases electricity from Israel, but many of the supply lines have been badly damaged.

Fighting between Israel and Hamas has claimed more than 1000 lives, most of them civilian, since 8 July when Israel launched an offensive against Hamas in Gaza after a surge in rocket fire. On 18 July, it extended operations with a ground offensive, saying it was necessary to destroy tunnels dug by militants to infiltrate Israel.

Officials say more than 1100 Palestinians, most of them civilians, have been killed in the fighting since 8 July. Israel says 53 of its soldiers and three civilians - two Israelis and a Thai worker, have been killed. 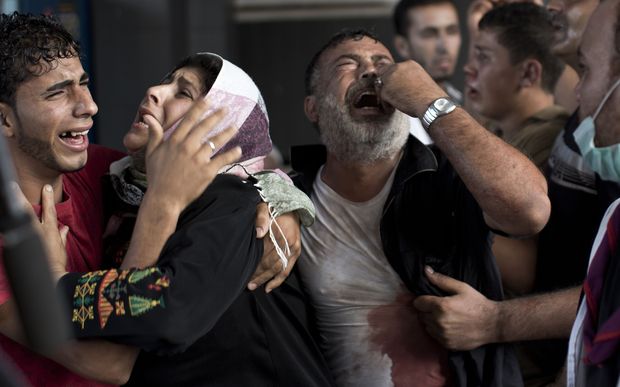