A spokesman for Hamas said its ceasefire would start from 2pm local time.

Israel earlier resumed its military offensive in Gaza after a short pause as Palestinian militants continued to launch rockets at Israel.

The BBC reports that more than 1000 Palestinians and 46 Israelis have been killed.

A majority of those killed in Gaza are civilians, Palestinian health officials say, while 43 soldiers and three civilians have died on the Israeli side. 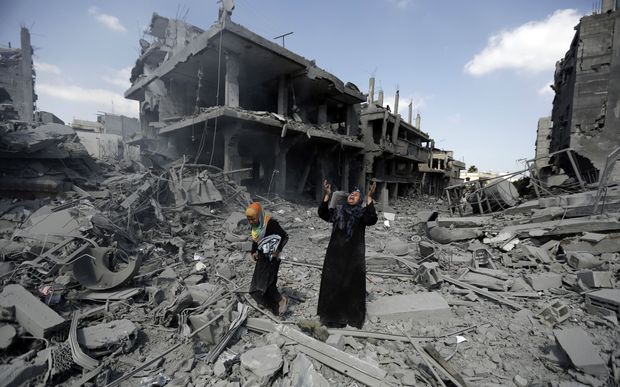 A Palestinian woman pauses amid destroyed buildings in the northern district of Beit Hanun in the Gaza Strip. Photo: AFP

Hamas had earlier said it would not accept a truce unless Israeli troops left Gaza and the displaced were allowed to return home.

On Saturday, many Gaza residents used the truce to gather supplies and retrieve bodies buried under rubble.

The Israel Defense Forces (IDF) launched its military offensive on 8 July with the declared objective of stopping Hamas firing rockets from Gaza into Israel.

On 18 July, it extended operations with a ground offensive, saying it was necessary to destroy tunnels dug by militants to infiltrate Israel. 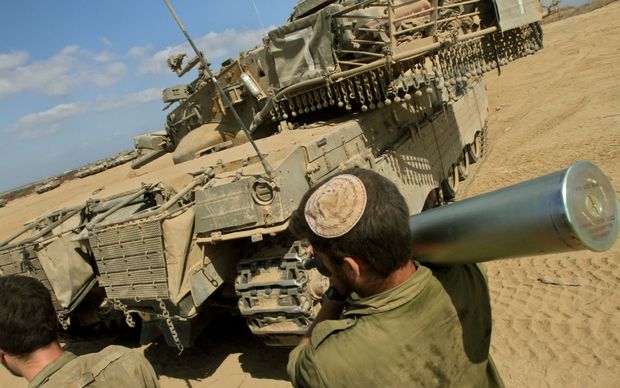 An Israeli soldier carries a shell on his shoulder as troops prepare ammunition along the border between Israel and the Hamas-controlled Gaza Strip. Photo: AFP