A body in South Korea has been identified as that of the billionaire owner of a ferry that sank earlier this year killing more than 300 people, many of them children on a school trip.

The badly decomposed body of Yoo Byung-un was discovered in June in a field and he had apparently been dead for some time.

Yonhap news agency reported that police discovered the body in a plum field in Suncheon, a city 300km south of Seoul, and identified Mr Yoo by forensic evidence and fingerprints.

Mr Yoo was the head of Chonghaejin Marine, the owner of the Sewol, which sank in April, the BBC reports. The 73-year-old went on the run shortly after the vessel went down near Jindo island.

Mr Yoo was wanted for questioning on possible charges of embezzlement and criminal negligence, as prosecutors investigate whether the disaster was caused by mismanagement.

Many of his family members have been arrested and his daughter, who lives in France, is fighting an extradition bid. His eldest son is still on the run. 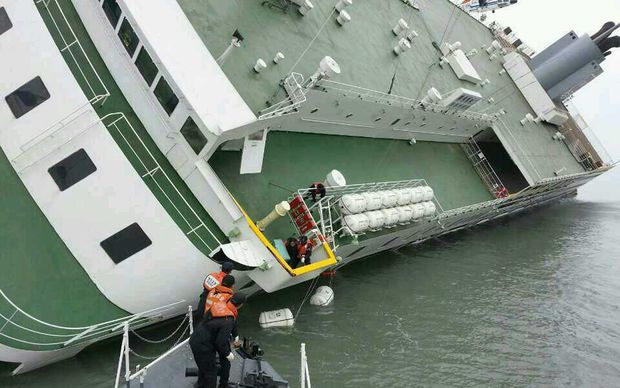