Bodies and the flight recorders from the wreckage of a Malaysia Airlines plane are on their way out of disputed territory in eastern Ukraine.

Flight MH17 was flying from Amsterdam to Kuala Lumpur when it was shot down by what is believed to be a surface-to-air missile in eastern Ukraine on 17 July, killing all 298 passengers and crew on board including 193 Dutch citizens.

The Boeing 777 was brought down in a region controlled by pro-Russian separatists and access to the crash site has been hampered by armed militants. 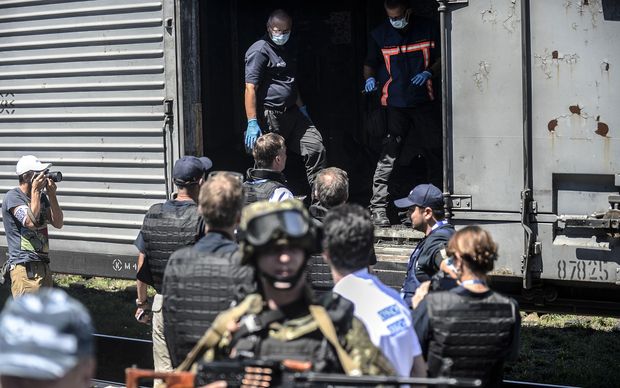 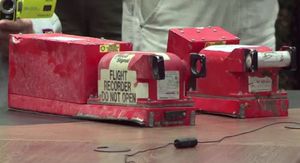 The separatists have sent 282 bodies and 87 partial remains on a refrigerated train due to arrive in the city of Kharkiv, the nearest main town controlled by the Ukrainian government, sometime on Tuesday.

For days, the bodies had been kept in refrigerated rail wagons at a small station 15km from the crash site, prompting fury from nations like the Netherlands and Australia, which lost 37 people, and demanded that they be repatriated immediately, the ABC reports.

After days of negotiations, the train began its journey to Kharkiv where the plan is for Dutch aircraft to fly the remains to the Netherlands where the forensic identification process will begin.

At the same time, a contingent of Malaysian officials arrived in rebel controlled Donetsk and were given the vital 'black box' flight recorders by the rebel prime minister. The Malaysians have agreed that all the remains should go to the Netherlands.

"Here they are, the black boxes," Aleksander Borodai told a room packed with journalists at the headquarters of his self-proclaimed Donetsk People's Republic as an armed rebel placed the boxes on a desk.

Meanwhile pro-Russia and government forces in eastern Ukraine on Tuesday were observing a ceasefire around the site where the plane crashed. 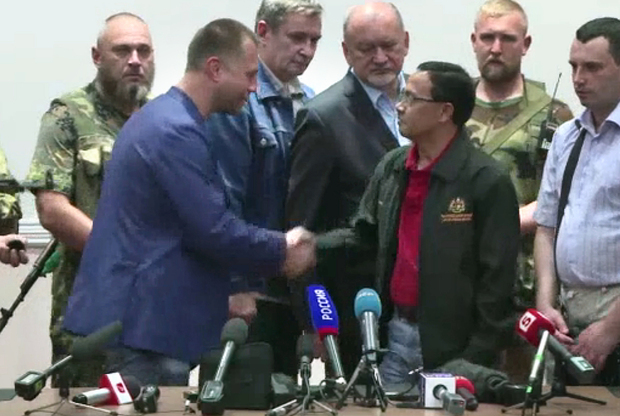 Australian Prime Minister says evidence at the crash site had been tampered with on an industrial scale as part of what he called an apparent cover-up attempt.

"After the crime, comes the cover-up. What we have seen is evidence tampering on an industrial scale and obviously that has to stop," he told reporters in Canberra on Tuesday. "It's not an accident. It's a crime."

Mr Abbott added, however, that Russian President Vladimir Putin had so far been "as good as his word" by approving a United Nations Security Council resolution guaranteeing safe access to international monitors trying to secure the scene, Reuters reports.

Mr Abbott said he is sending a Defence Force transport plane to help transport bodies from the crash site to the Netherlands.

He welcomed the UN decision to back a resolution setting up an independent investigation into the downing of the plane, but said he would like to see Australians monitoring the site.

Australian Foreign Minister Julie Bishop told the UN Security Council that Australia was in mourning and it was "despicable" access was not being provided to the site. "The victims must be treated with dignity, brought back to their homes and laid to rest."

Ms Bishop applauded the 15-0 vote and demanded a ceasefire at the site and that Russia use its influence to bring the conflict to an end.

Meanwhile, European Union foreign ministers will meet in Brussels on Tuesday to discuss tightening sanctions against Russia over its actions in Ukraine. British Prime Minister David Cameron is calling for hard-hitting measures.

Dutch prosecutors on Monday opened an investigation into the crash of Malaysia Airlines plane on suspicion of murder, war crimes and intentionally downing an airliner.

Based on the Law on International Crimes, the Netherlands can prosecute any individual who committed a war crime against a Dutch citizen. Some193 Dutch citizens died in the crash.

Dutch Prime Minister Mark Rutte has threatened tough action against Russia if it did not do more to help.

Western governments have pointed the finger of blame at pro-Russian rebels and at Moscow itself over the downing of the plane. Russia has denied involvement and blamed the Ukrainian military for the disaster.

"It is clear that Russia must use her influence on the separatists to improve the situation on the ground," Mr Rutte told a committee of the Dutch parliament on Monday. "If in the coming days access to the disaster area remains inadequate, then all political, economic and financial options are on the table against those who are directly or indirectly responsible for that."

However, he repeated his belief that the incident would not have happened if Ukrainian government forces had not ended a truce and resumed a military campaign against the pro-Russian rebellion in eastern Ukraine.

Russia's Defense Ministry stated that a Ukrainian military plane flew within 3-5km of the Malaysian plane at the time in was downed.

Mr Poroshenko told CNN that Ukrainian planes in the area were on the ground at the time of the crash and said Russia should provide evidence for such a statement.

Malaysia Airlines has rerouted a flight over war-torn Syria after its usual path over Ukraine was closed, following the downing of flight MH17.

A Swedish flight tracking service has posted a flight map on Twitter showing the change in the route of Malaysian Airlines flight MH4, from Kuala Lumpur to London. About 170,000 people have died in the Syrian civil war since 2011.

Meanwhile, Malaysia Airlines is offering $US5000 to the family of each passenger on board the plane. In a statement, the carrier said the goodwill payment would help ease the immediate economic needs of the victims' relatives, and won't be offset against any final compensation payment. Nor will it affect the families' legal rights to claim compensation in the future.

The airline said those families needing to travel as a result of the deaths would be provided with hotel accommodation, meals, and transport assistance, as well as emotional support, should it be required.