Flight MH17 from Amsterdam to Kuala Lumpur was flying over war-torn Ukraine when it disappeared from radar carrying 280 passengers and 15 crew members. 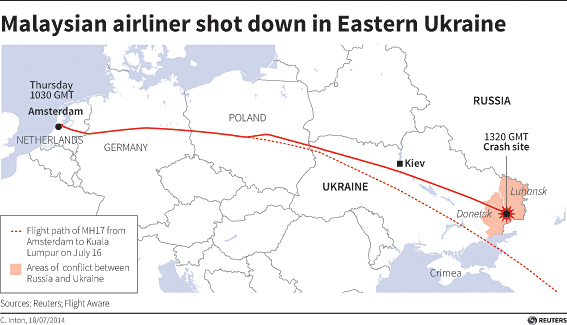 It was due to arrive at Kuala Lumpur International Airport at 22:10 GMT.

It had been due to enter Russian airspace when contact was lost.

Both the Ukrainian government and pro-Russian rebels who have been fighting in the region have denied shooting it down.

The Foreign Minister Murry McCully confirmed one New Zealand citizen who lives in Australia and one long-time New Zealand resident who is from Britain, were on board.

173 Dutch nationals were on the aircraft, along with 28 Australians, 23 Malaysians, and 11 Indonesians, 6 Britons, 4 Germans, 4 Belgians, 3 from the Philippines and 1 Canadian. All 15 crew were Malaysian. 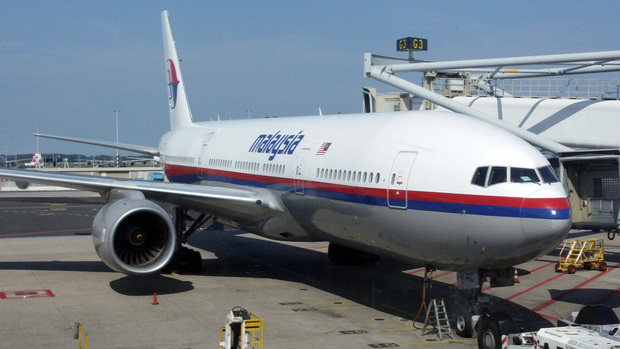