A Swedish court has upheld the arrest warrant for WikiLeaks founder Julian Assange on charges of sexual assault.

Swedish prosecutors want to question Mr Assange over the allegations made by two female former WikiLeaks volunteers. He denies the allegations and has been fighting a legal battle against extradition since his arrest in Britain in December 2010. 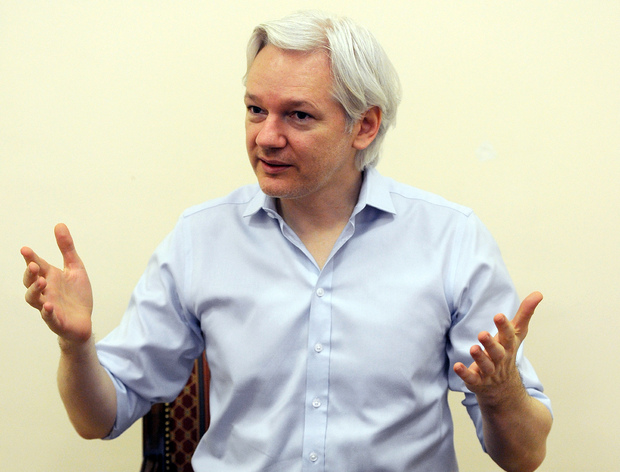 Julian Assange has said he fears Sweden could extradite him to the United States. Photo: AFP

Mr Assange sought refuge at at Ecuador's London embassy in June 2012 after having exhausted all legal options in British courts to avoid extradition.

The 43-year-old Australian says he fears Sweden could in turn extradite him to the United States to be tried for one of the largest leaks of classified information in US history.

From confidential assessments by US diplomats of Chinese leaders to revised body counts in Iraq, the documents provided the public with an unprecedented look under the hood of international politics.

District court judge Lena Egelin said the court found the reasons for the arrest warrant offset the infringement and adverse effects the measure entails for Mr Assange and he should therefore continue to be wanted for arrest in his absence.

Thomas Olsson, one of Mr Assange's Swedish lawyers, said he would appeal against the verdict, Reuters reports.

Mr Assange's legal team has argued the arrest warrant should be repealed because it cannot be enforced while Mr Assange is in the embassy and the Swedish prosecutor had not considered the possibility of interrogating him in London.

Ecuador, which has granted Assange political asylum, wants London to assure him safe passage to Quito. But Britain has surrounded the Ecuadorian embassy with police officers round the clock ready to detain him if he leaves it.

British police say they have spent £6 million from June 2012 until March this year on policing costs at the Ecuadorian embassy.