Interim Fiji Prime Minister Frank Bainimarama plans to visit New Zealand - subject to whether he is granted a visa, and how soon it is granted, he says. Fiji will go to the polls in September. 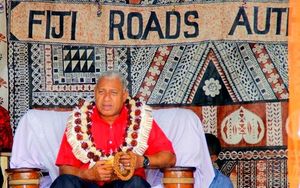 The travel ban, against certain members of the governing regime and the military, has gradually been relaxed since the December 2006 coup.

Mr Bainimarama told Fiji's Radio Tarana he planned to visit New Zealand but it depended on whether the New Zealand Government granted him a visa, and when.

There had never been a better time to be a Fijian, ahead of their September elections, Mr Bainimarama said.

"It is the vision I stand for. I'm not trying to scare people, divide people, but doing everything to unite the nation."