Authorities in Afghanistan say 89 people have been killed in a suicide blast in the eastern province of Paktika. 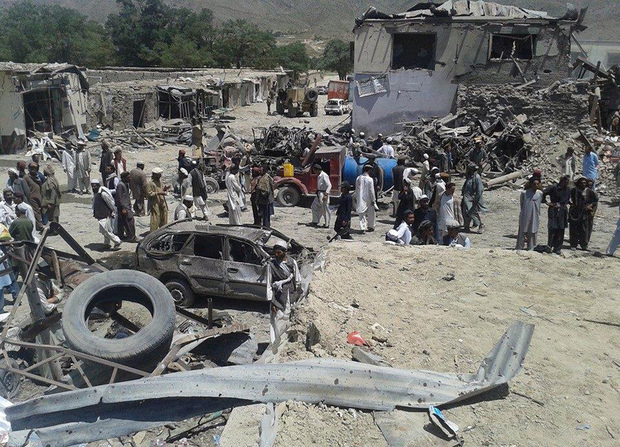 Afghans amid debris of a suicide attack at a market in Urgun district, Paktika province on July 15, 2014. Photo: AFP

Security sources say a suspect, who was being pursued by police failed to stop when he was challenged at a checkpoint. He then drove his vehicle, packed with explosives, into a busy market.

The market in the district of Urgun was packed at the time with people shopping for the Muslim festival of Ramadan.

Dozens of people were also injured, the BBC reports.

It's not known who is responsible but Paktika province is a stronghold of the militant Haqqani network and is a frequent target of attacks.

It's the deadliest attack in the war-torn country for months. It highlights the fragile security situation Afghanistan faces as NATO withdraws its 50,000 combat troops, leaving local forces to contend with a resilient Taliban insurgency