The Church of England has voted to allow women to become bishops for first time in its history. Its ruling General Synod gave approval to legislation - introducing the change by the required two-thirds majority. 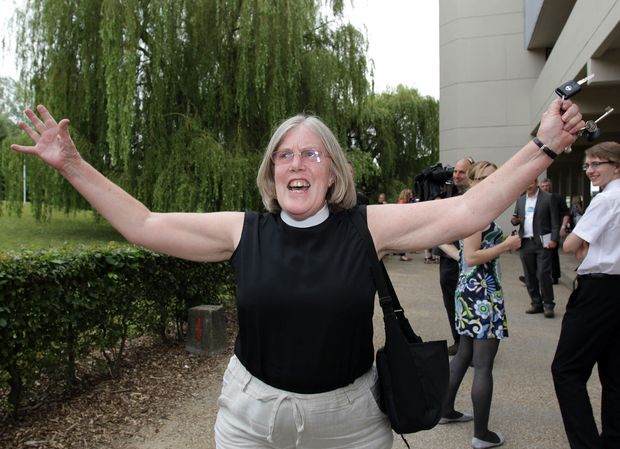 Celebration outside the Church of England General Synod in York after the vote. Photo: AFP

The BBC reported that a previous vote in 2012 was backed by the Houses of Bishops and Clergy but blocked by traditionalist lay members.

The Archbishop of Canterbury Justin Welby said he was "delighted" but some opponents said they were unconvinced by the concessions offered to them.

The crucial vote in the House of Laity went 152 in favour, 45 against, and there were five abstentions. In November 2012 the change was derailed by just six votes cast by the lay members.

In the house of Bishops, 37 were in favour, two against, and there was one abstention. The House of Clergy voted 162 in favour, 25 against and there were four abstentions. 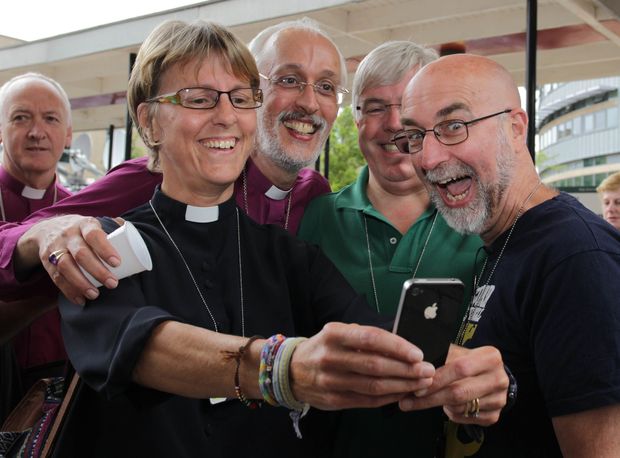 A member of the clergy takes a selfie after the vote to approve the creation of women bishops in the Church of England. Photo: AFP

Before he announced the vote, the Archbishop of York John Sentamu, asked for the result to be met "with restraint and sensitivity". But there was a flurry of cheers when it was announced.

The result overturned centuries of tradition in a Church that has been deeply divided over the issue.

It comes more than 20 years after women were first allowed to become priests. More than one-in-five of priests in the church are now female.

The motion will now go before Parliament's ecclesiastical committee, which examines measures from the Synod. The Synod would then meet again on 17 November to formally declare that women can be bishops.

The first woman bishop could potentially be appointed by the end of the year.

The vote followed after almost five hours of debate at the University of York.

The Dean of Salisbury, the Very Reverend June Osborne, said it was a "historic day".