Fighting has flared outside the eastern Ukrainian city of Luhansk, with rebels saying government forces tried to storm the city with tanks. 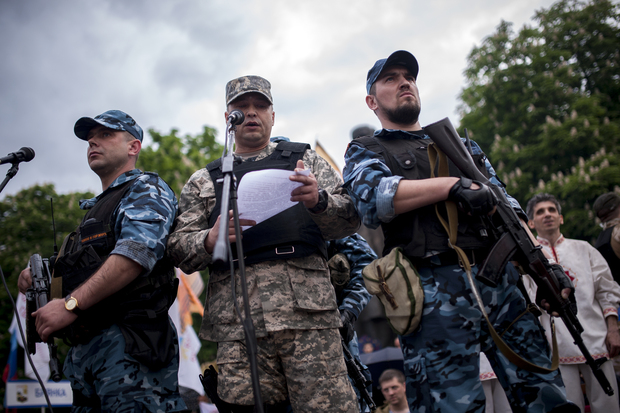 Rebel military leader Igor Strelkov said his forces had beaten off columns of government armour attacking from the south and west.

Germany and Russia have urged direct talks between Kiev and the rebels.

Pro-Russian separatists have been fighting the government in Kiev since declaring independence in Luhansk and the neighbouring region of Donetsk in April, the BBC reports.

Earlier, Russia accused forces loyal to Kiev of shelling across the border, killing one person and wounding two others. Ukrainian officials have denied involvement.

The Ukraine government began an "anti-terrorist operation" in April to crush the rebellion in the eastern regions, which had flared up after the former president, Viktor Yanukovych was deposed.

Kiev suffered one of its heaviest losses last week when an armoured column was hit by rebel rockets in Donetsk region. At least 19 soldiers were killed and about 100 injured.

A rocket attack on the Donetsk city suburb of Marinka on Friday night killed at least four people, with the rebels and government blaming each other.

Germany and Russia have urged direct talks between Kiev and the rebels.

A spokesperson for the Russian president says Vladimir Putin and the German Chancellor, Angela Merkel, agree that the crisis in Ukraine is getting worse.

He says the two countries want to re-establish a diplomatic contact group.