Pope Francis has begged forgiveness from the victims of sexual abuse by priests, at his first meeting with the victims since his election.

The Pope met six victims, two each from Ireland, Britain and Germany after a private morning Mass in the Vatican and went on to make his strongest comments yet on abuse within the Church, the BBC reports. 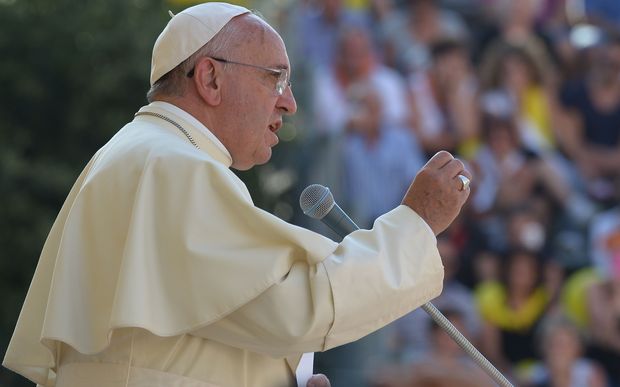 He condemned the Church's "complicity" in hiding the abuse and said it must "weep and make reparation" for the "grave crimes" committed by clerics.

At a press conference on Monday, Vatican spokesman Federico Lombardi said Pope Francis had spent half an hour with each of the victims who visited him. He said the Pope had also greeted the group at a dinner on Sunday evening.

The Pope said the abuses had been "camouflaged with a complicity that cannot be explained".

He apologised to victims for the "sins and grave crimes of clerical sexual abuse", which he described as "a sacrilegious cult" that insulted God.

Some victims' groups have criticised Pope Francis for having failed to meet their representatives sooner.

Last month, a Vatican tribunal convicted Josef Wesolowski, a former papal envoy to the Dominican Republic, of sex abuse and stripped him of the priesthood.

Wesolowski is the highest-ranking Vatican official to have been investigated over abuse claims.