A plume of black smoke is rising above Afghanistan's capital, Kabul, after Taliban militants they have carried out a rocket attack on hundreds of oil tankers outside the city.

They were parked at the time of the attack. 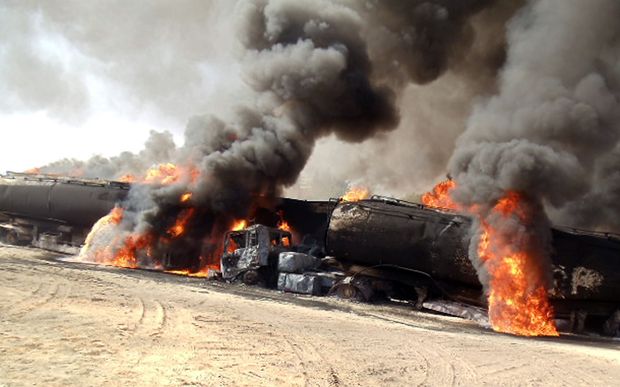 While attacks on Nato tankers have been commonplace in Pakistan in recent years, correspondents say they have been less frequent in Afghanistan.

On Wednesday a Taliban suicide bomber killed at least eight military officers in an attack on an air force bus in Kabul,

Afghans are still awaiting the results of a run-off vote held in mid-June to find a successor to President Hamid Karzai.

Afghanistan's election commission has delayed the release of preliminary results until next week amid allegations of "extraordinary" levels of fraud.

Nearly a million votes are being re-counted and both candidates - former foreign minister Abdullah Abdullah and ex-finance minister Ashraf Ghani - have said fraud has taken place.