Australian entertainer Rolf Harris showed no emotion as he was sentenced to five years and nine months in jail for indecently assaulting four girls in the UK between 1968 and 1986.

The sentence was handed down late on Friday by Justice Nigel Sweeney at London's Southwark Crown Court, where Harris was found guilty on 12 charges of indecent assault earlier in the week.

The 84-year-old will not spend the entire sentence behind bars, with Justice Sweeney announcing half the sentence will be non-custodial, the ABC reported. 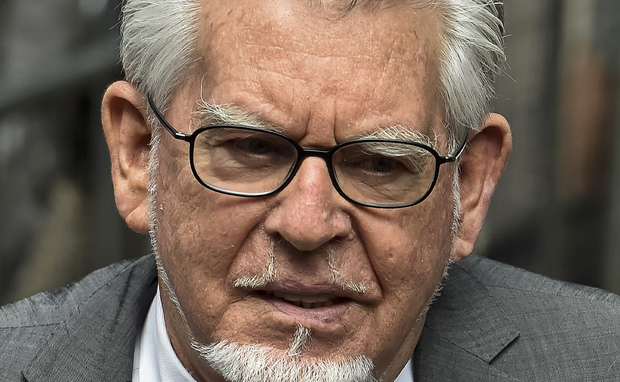 "You have shown no remorse for your crimes at all," Justice Sweeney told Harris as he handed down the sentence.

"Your reputation lies in ruins, you have been stripped of your honours, but you have no-one to blame but yourself."

The entertainer's 60-year career in music, TV and the arts garnered him a legion of fans at home and abroad.

Harris, wearing a grey suit, white shirt and multicoloured tie, sat motionless as he heard the sentence that could see him die in prison.

"Take him down," Justice Sweeney told court officials before Harris was led from the court.

Harris's legal team have 25 days to lodge an appeal against the convictions on his behalf.

Before the sentencing, the convicted paedophile travelled to the court by boat along the River Thames from his home in Bray, Berkshire, reportedly to avoid media who had gathered outside his house.

Harris had been warned by the judge on Tuesday that he would face a custodial sentence.

Earlier in the week jurors unanimously delivered a guilty verdict on all counts of indecent assault, after a trial that lasted more than six weeks.

Each count carried a maximum penalty of two years in jail.

In victim impact statements tendered to the court today, one victim said Harris's actions had made her feel "dirty, grubby and disgusting".

But the defence said there was no evidence Harris had offended in recent years, saying at 84 he was "living on borrowed time" and his prime concern was for his wife's health.

Since the trial began, and even since the verdicts were handed down, more women have come forward saying they were also assaulted by Harris. Police have confirmed they are looking into fresh allegations.

In addition to the four complainants in the trial, another six women gave supporting evidence that the artist and entertainer had abused them in Australia, New Zealand and Malta between 1969 and 1991.

Harris denied inappropriately touching any of the alleged victims and pleaded not guilty in court. "They are all making it up," he told the jury in late May.

During the case, prosecutor Sasha Wass QC said none of Harris's accusers knew each other but their accounts bore "striking similarities".

She described Harris as a "sinister pervert" who used his fame to mesmerise his victims, treating "underage girls as sexual objects" to be "groped and mauled". 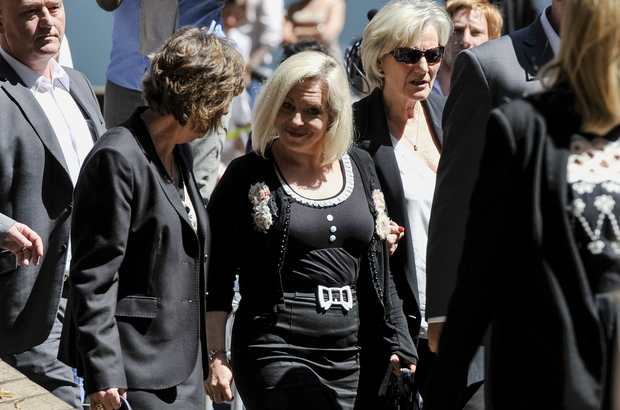 The main accuser was a woman, now 49, who met Harris as a childhood friend of his daughter Bindi.

Harris admitted he had a 10-year affair with the accuser but said it did not start until she was 18 and the relationship was consensual.

However, she told the court during the trial that the entertainer began indecently assaulting her at age 13, when she joined the Harris family on an overseas holiday in 1978. 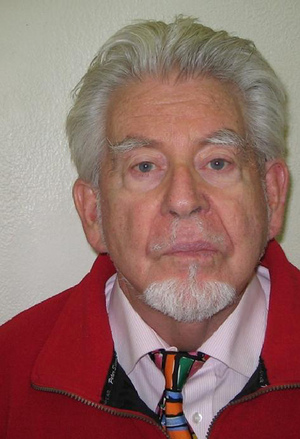 The woman told the court she was taking a shower at their Hawaii hotel and was wrapped only in a towel when Harris gave her "one of his big hugs and tickles".

She said the performer then put his fingers into her crotch area.

The woman said she felt "numb" and disgusted after the abuse happened.

When she was 15, she said Harris sexually assaulted her in her bedroom, before laughing and joking with her parents downstairs.

The woman said she was too scared and intimidated by Harris's fame to tell anyone.

After years of sexual abuse the victim was "emotionally dead", the prosecutor said at the trial.

His daughter Bindi told the trial she was with her friend "every single moment of every single day" on the holiday and had not noticed any change in her behaviour.

However, during the trial Bindi wept as she described the moment she later discovered her father's sexual relationship with her friend.