Former News of the World editor Andy Coulson has been jailed for 18 months over phone-hacking by journalists at the Rupert Murdoch-owned tabloid.

Coulson, who was editor from 2003-2007, and later was media chief for British Prime Minister David Cameron, was convicted last week of conspiracy to illegally intercept voicemails on mobile phones following a high-profile eight-month trial at London's Old Bailey court. 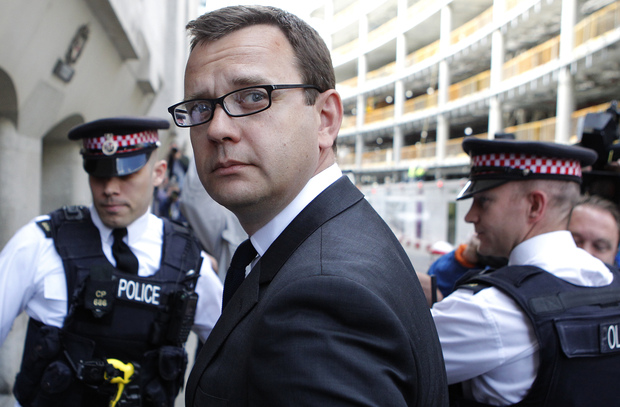 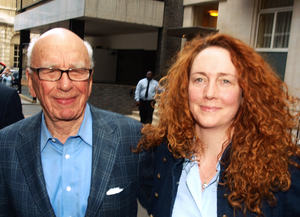 The maximum sentence the 46-year-old could have faced was two years.

"Mr Coulson on the jury's verdict has to take the major blame for the phone hacking at the News of the World," judge John Saunders said on Friday.

"He knew about it and encouraged it when he should have stopped it."

Other senior journalists from the paper Greg Miskiw, Neville Thurlbeck and James Weatherup, were also sentenced on Friday. Miskiw and Thurlbeck were sentenced to six months in jail, while Weatherup was given a four-month suspended sentence, Reuters reports.

Glenn Mulcaire, the former private investigator who conducted much of the hacking, was given a six-month suspended sentence.

The case centred on News of the World's efforts to hack the phones of Britain's royal family, politicians, celebrities, victims of crime, and families of people killed in the 7 July 2005 London bombings.

Friday's sentencing puts the spotlight back on News Corp tycoon Rupert Murdoch, who shut down the News of the World in disgrace in July 2011 after it emerged the tabloid had hacked the voicemails of murdered Surrey teenager Milly Dowler in 2002.

The case raised questions about the judgement of David Cameron in hiring Coulson, who resigned as editor of the News of the World in 2007 after two people were convicted of phone-hacking.

The hacking scandal also prompted a judge-led inquiry into the ethics of Britain's press, which made recommendations for reforming the way it is governed. They are yet to be put into force.