Rescuers have found about 30 bodies in a fishing boat carrying nearly 600 migrants between North Africa and Sicily.

The Italian Navy says it made the grim discovery when sailors boarded the vessel to evacuate a number of people reported to be in distress, including two pregnant women.

The boat with about 600 migrants was being towed to the town of Pozzallo in southern Sicily on Monday.

Authorities said more than 60,000 migrants have already landed in southern Italy this year, and the record of 63,000 set in 2011 is likely to be broken, the BBC reports.

Italy bears the brunt of migrants making the perilous crossing in the Mediterranean and has repeatedly appealed for help from the European Union to tackle the problem.

Earlier in June, at least 39 people drowned off Libya after an overloaded, inflatable boat capsized while trying to cross to the Italian island of Lampedusa.

In October last year, 360 people died when a boat sank off Lampedusa. 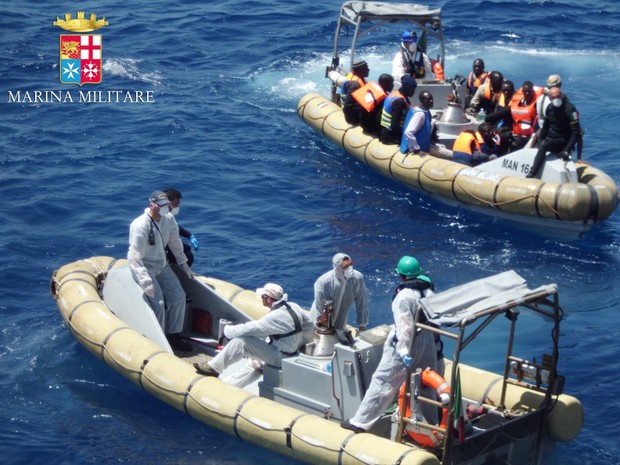