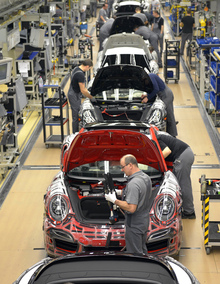 It brings the total number of vehicles on the world's roads to 1 billion - despite awareness of greenhouse gas emissions from road traffic.

China was the biggest producer, followed by the United States and Japan.

The institute said to cope with this pressure, higher fuel efficiency was needed to limit vehicles' contribution to air pollution and greenhouse gas emissions, but actual progress on this was far too slow.

New Zealand remains among the top ten countries for vehicle ownership per capita.