A woman sentenced to death in Sudan for abandoning her Islamic faith has reportedly been freed from prison. 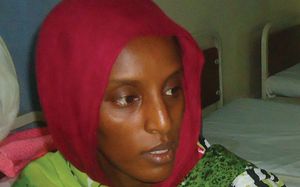 In a case which sparked international outrage, Meriam Ibrahim, 27, was sentenced to death under Sharia law for renouncing Islam, after she married a Christian man.

She gave birth to a daughter while in prison.

The BBC reports that her lawyer has said the death penalty handed down to her has been overturned by an appeal court in Khartoum and she has been released.

Her husband, Daniel Wani said he wants his family to leave Sudan as soon possible.