Israeli troops searching for three Israeli teenagers missing in the West Bank have clashed with Palestinians, detaining scores for questioning.

The army says 150 Palestinians, including leading Hamas members, have so far been arrested. 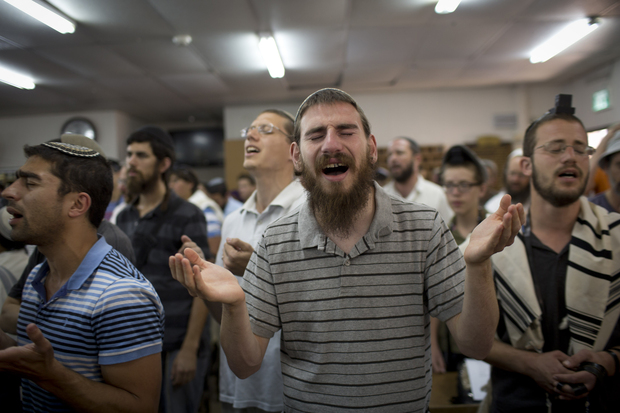 Jewish students in the settlement of Gush Etzion in the West Bank pray for the missing teenagers. Photo: AFP

The students, one of whom also holds a United States passport, went missing on 12 June near an Israeli settlement in the West Bank on their way back from lessons.

Israel's Prime Minister Benjamin Netanyahu has accused Hamas of abducting them, though Hamas denies this.

"Those who carried out the kidnapping of our youngsters are Hamas people," Israeli Prime Minister Benjamin Netanyahu said on Sunday.

Hamas spokesman Sami Abu Zuhri called Mr Netanyahu's statements "silly" and said the arrests were "aimed at breaking the will of the Hamas movement in the West Bank".

Palestinian officials have said they are co-operating with the search. Security sources told the AFP news agency that the man shot had been released from prison one week ago.