Ukrainian President Petro Poroshenko declared a national day of mourning on Sunday for the 49 troops and aircrew killed when a transport jet was shot down by pro-Russian separatists. 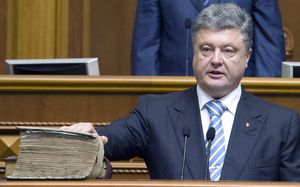 All those on board were killed when the plane - an Ilyushin IL-76 - was shot down as it came into land at Luhansk airport in the east of the country.

It was carrying troops and military equipment.

President Poroshenko said those involved in such "cynical acts of terrorism" must be punished and he has promised retaliation.

He has summoned his defence and security officials for an emergency meeting in Kiev.

It is thought to be the biggest loss of life suffered by government forces in a single incident since the Kiev government began an operation to try to defeat the insurgency in the east.

The separatists are reported to have used three anti-aircraft shoulder held missiles to bring down the plane.

The incident has come less than a week after pro-Russia rebels launched a series of attacks on Ukrainian forces at Luhansk International Airport.

The airport has been under the control of government forces but the rebels hold most of the rest of the city.

Luhansk is the main city of one of two eastern regions where pro-Russia separatists have declared independence from Kiev.

An "anti-terrorist operation" by Ukraine government forces has left at least 270 people dead over the past two months. 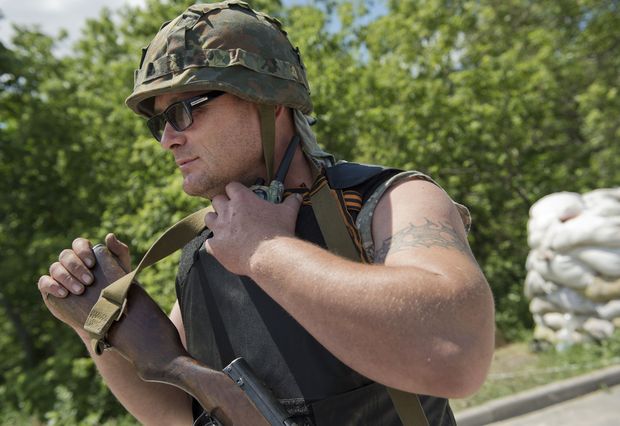 United States Secretary of State John Kerry warned Russia on Sunday that the United States and its G7 partners would 'raise the costs' Moscow could face unless it curbed weapons flowing into Ukraine and cut ties with pro-Russia separatists.

Mr Kerry also expressed condolences for the deaths of the 49 servicemen who were killed.