Angry and grieving relatives have packed a South Korean courtroom as 15 crew of a ferry that sank killing more than 300 people, mostly children, went on trial.

The Sewol, overloaded and travelling too fast on a turn, sank off the south-west coast on 16 April this year on a routine journey from Incheon on the mainland to the southern holiday island of Jeju. 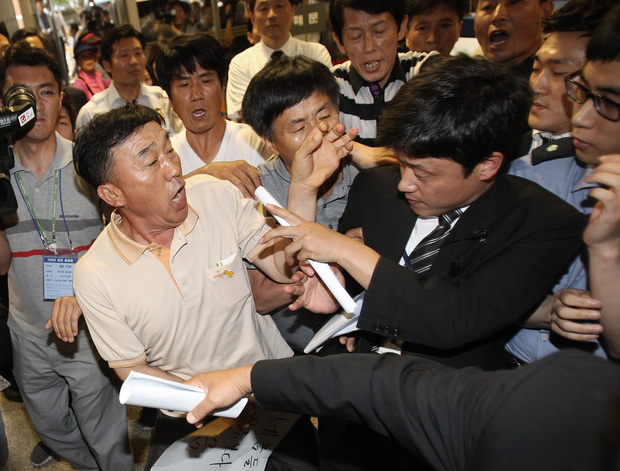 Of the 476 passengers and crew on board, 339 were children and teachers from the same school on the outskirts of Seoul. Only 172 people were rescued and the remainder are all presumed to have drowned, Reuters reports.

Children stayed in their cabins as they were told while crew members, including Captain Lee Joon-seok, 68, were caught on video abandoning ship.

Mourning family members packed the district court in Gwangju on Tuesday, the closest city to the scene of the disaster. One relative held up a sign that read: "You are not human. You are beneath animals."

An altercation occurred between the relatives and court security guards who tried to take the sign away.

The captain and three senior crew members charged with homicide in May face a maximum sentence of death.

A panel of three judges presided on the first day of the trial, as the state called for justice to be served and the seven defence lawyers presented their case.

South Korea has in recent years revised its criminal law to allow defendants to opt for jury trials, but most of the accused crew members chose against it. 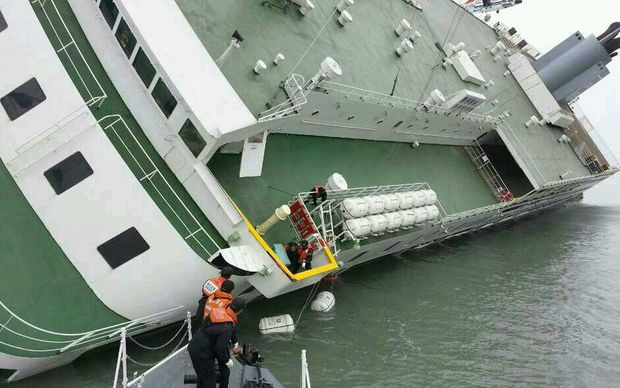 The overloaded ferry was travelling too fast on a turn. Photo: AFP / South Korea Coast Guard