British comedian and actor Rik Mayall has died at the age of 56.

Mayall came to fame playing an obnoxious would-be poet in the 1980s comedy series The Young Ones alongside comedy partner Adrian Edmondson.

He co-wrote the series with Lise Mayer and Ben Elton. It ran for 12 episodes between 1982 and 1985 and shared cult status and schoolboy humour with later sitcom Bottom. 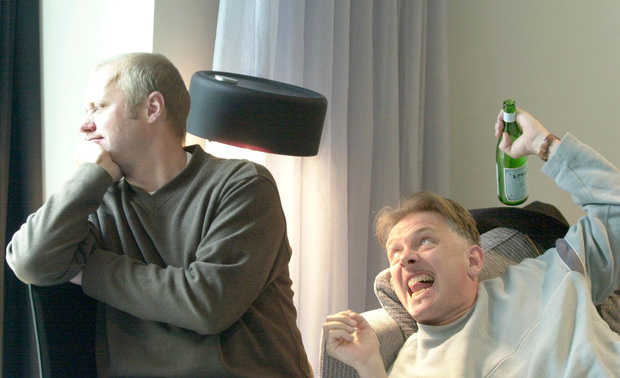 Mayall and Edmondson's slapstick comedy often involved fires, explosions and hefty blows to the head with a frying pan.

He appeared in the Blackadder series, in which he played the lecherous Lord Flashheart, and as a slimy politician in The New Statesman.

He was left seriously ill after a quad bike accident in 1998 that put him in a coma for several days, the BBC reports.

Edmondson said: "There were times when Rik and I were writing together when we almost died laughing.

"They were some of the most carefree stupid days I ever had, and I feel privileged to have shared them with him. And now he's died for real. Without me. Selfish bastard."

The actor, who was married with three children, died at home in London on Monday.

The Metropolitan Police said they were called to reports of a sudden death of a man in his 50s in Barnes in south-west London. They said the death was not believed to be suspicious.

Jeremy Elwood said Mayall was part of the alternative comedy movement that showed that political and absurdist humour were possible.

Mr Elwood said Mayall's humour had a punk ethos that was relatable for the younger generation and his influence can be seen in the style of comedians such as Dawn French and Jennifer Saunders and The Mighty Boosh.