A major sponsor of the Football World Cup, the electronics company Sony, has called for an investigation into allegations of corruption in the bidding process for the 2022 tournament, which was awarded to Qatar. 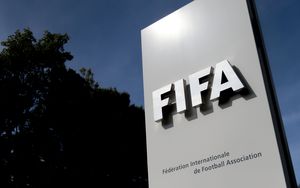 The Sunday Times newspaper in London says it has evidence a former FIFA executive from Qatar, Mohamed bin Hammam, paid millions of dollars in bribes to win support for his country's bid.

The Sunday Times alleges Mr bin Hammam used his power and influence to arrange deals and favours to secure support for Qatar.

It's claimed he met Russian President Vladimir Putin in the Kremlin a month before FIFA chose Russia and Qatar as World Cup hosts for 2018 and 2022.

He's also alleged to have brokered talks between Qatar and Thailand for a multi-million dollar gas deal through Thailand's FIFA executive Worawi Makudi.

The BBC reports that all this is part and parcel of the bidding game but Qatar and Mohamed bin Hammam have always denied he played any part in their campaign.