Northern Territory police have shot and killed two crocodiles, one of which they believe contains the remains of a man taken from his boat on Saturday afternoon. 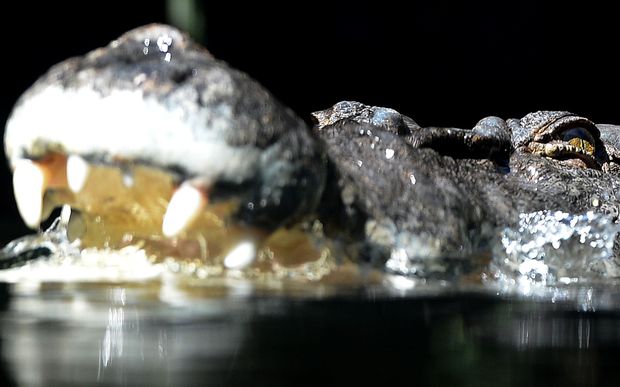 The ABC reports the 62-year-old man was attacked while on a billabong near a popular tourist spot in Kakadu National Park, south-east of Darwin.

Police say the crocodile that took him was 4.7 metres long.

Sergeant Andrew Hocking from Northern Territory Police said human remains were found inside one of the two crocodiles killed just before midday on Sunday.

He said the crocodile with the remains was located about 1.5 kilometres from where the man was taken.

Mr Hocking said the area where the man went missing had recently been reopened following the conclusion of the wet season.

"The difficulty [with the search] in this location is getting in large boats. We're only able to bring in small boats, but using the expertise of the Territory Parks and Wildlife staff, they managed to help us bring it to a conclusion," he said.

"Thankfully this was carried out and [the victim] recovered very, very quickly. They [searches] can be quite difficult and take a number of days sometimes before any resolution."

Sergeant Hocking has urged visitors to exercise caution when visiting the area where, he says, there is "always a potential for crocodile attack".

"The water is deep in this billabong ... a number of large crocodiles obviously frequent this area."

Police say the man was not swimming in the water at the time of the attack but investigations into the exact circumstances are continuing.

A 12-year-old boy died in January after being attacked by a crocodile in the same park.