The European Central Bank has cut interest rates to record lows in a bid to prevent deflation in the eurozone, and introduced a raft of measures to stimulate the sluggish economy.

It reduced its deposit rate for banks from 0 to -0.1, effectively charging banks to deposit cash at the central bank, which it hopes will encourage them to lend to businesses rather than hold on to money. 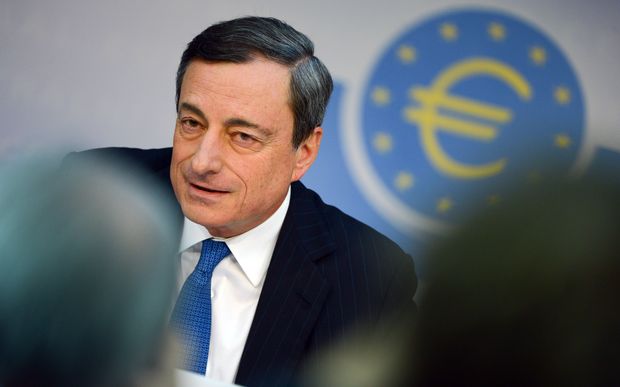 Mario Draghi said the measures were aimed at increasing lending to the "real economy". Photo: AFP

The bank cut its main interest rate from 0.25 percent to 0.15 percent.

The ECB is the first major central bank to introduce negative interest rates.

Sweden and Denmark, who are both outside the Single Currency, attempted to use negative rates in recent years with mixed results, the BBC reports.

Analysts said in Sweden it had little discernible impact; in Denmark it did have the effect of lowering the value of the currency, the Krone, but according to the Danish Banking Association it also hit the banks' bottom line profits.

ECB president Mario Draghi announced other measures, including long term loans to be offered to commercial banks at cheap rates until 2018.

It is also doing preliminary work that could lead to buying bundles of loans that are made to small businesses in the form of bonds. This is being seen as a step towards providing companies with credit through the financial markets.

The changes prompted a fall in the euro, while stock markets rose.