Seventy years to the day after the first planes set off for the invasion of France, veterans have gathered in Normandy to remember the dead and be honoured for risking their lives on D-Day.

Britain's Prince Charles will lead the tributes on Thursday to those who took part in the first wave, when thousands of Allied troops flew or parachuted in during the early hours of 6 June 1944, catching the German army by surprise. 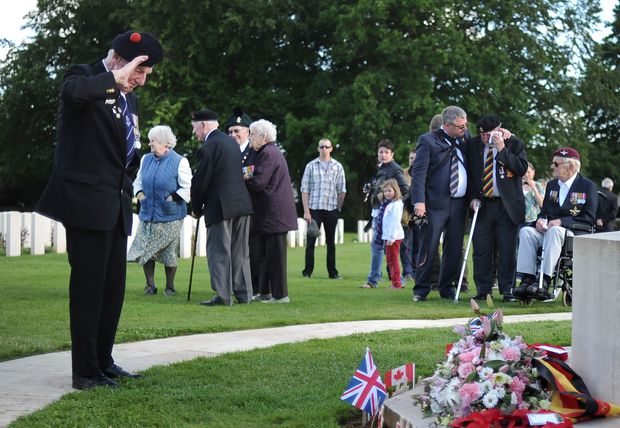 Veterans visited the war cemetery of Ranville in north-western France ahead of the D-Day commemorations. Photo: AFP

No less than 20 world leaders are due to attend the main D-Day ceremony on Friday, but a series of smaller events on Thursday will put the spotlight on the survivors, the youngest of whom are touching 90 and consider this their final return to France, AFP reports.

Prince Charles is to meet veterans at Pegasus Bridge, the crossing at Benouville that was secured by British parachutists in the opening stages of D-Day.

He and wife Camilla, the Duchess of Cornwall, would host a lunch at Ranville, the first French village to be liberated from the Germans, before watching a parachute drop involving British, French, American and Canadian forces.

Among them will be Jock Hutton, a Scottish veteran who parachuted onto the same spot in 1944 and plans to make a tandem jump at the age of 89.

Nine New Zealand veterans aged between 89 and 97 are also taking part in the commemorations. 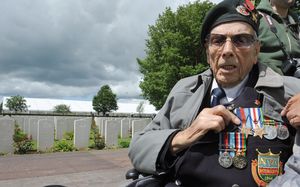 For many veterans, confronting their past brings back powerful emotions.

Watching his great-grandchildren play on the beach at Arromanches on Wednesday, 88-year-old Robert Jones spoke bluntly of his memories of stacking up the bodies of young German soldiers.

But the British infantryman admitted that a visit to a friend's grave at Bayeux Cathedral had brought him to tears, while he was haunted by a return to the scene of some of his worst fighting.

Fireworks displays along the coast will light up the sky shortly before midnight, marking the moment of the first bombing raids.

On Friday, Queen Elizabeth II and United States President Barack Obama are among the world leaders attending the international ceremony of remembrance on the beach at Ouistreham and paying tribute to an invasion that led to the defeat of Nazi Germany.