European Union leaders have agreed to re-evaluate the bloc's agenda after voters "sent a strong message", the president of the European Council says.

Herman Van Rompuy said leaders of the 28 member states had asked him to launch consultations on future policies. He was speaking after a meeting in Brussels to discuss big election gains by populist and right wing parties. 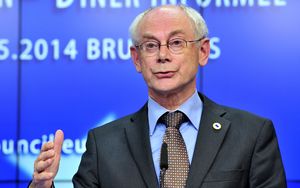 The results of the European Parliament election led to calls for an EU rethink by those leaders who suffered defeats. But despite gains by anti-EU groups, pro-European parties still won most votes overall.

The summit on Tuesday was the first opportunity for leaders of all member states to discuss the way forward after last week's polls.

The reforms could include less regulation and less focus on economic austerity policies, while measures to boost growth and create jobs could address voter discontent, the BBC reports.

Mr Van Rompuy said the results of the European elections had shown "a mix of continuity and change" and that the Eurosceptic message from voters was "at the heart" of discussions between leaders.

He said the meeting in Brussels had been a "useful first discussion" and that EU leaders had agreed on putting the economy at the heart of the group's agenda.

French president Francois Hollande asked Europe to "pay attention" to his country after describing his Socialist party's defeat to the far-right National Front as "painful."

British Prime Minister Cameron said it was clear voters were "deeply disillusioned" with Europe and that the message had been "received and understood". UKIP took 27% of the vote in Britain.

The BBC reports turnout across Europe is estimated at 43.1%, the first time it has not fallen since the previous election. The parliament's powers have expanded since the last election in 2009. 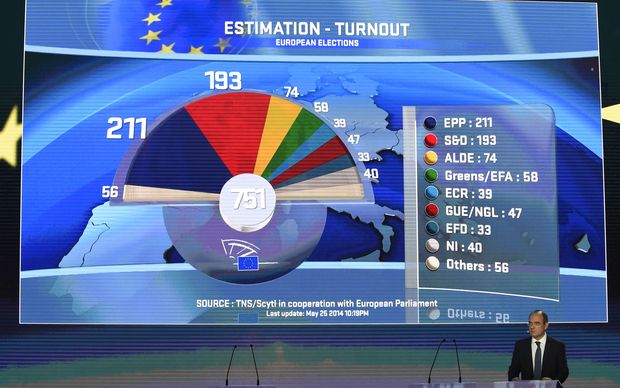