The Pope says he will meet a group of sex abuse victims in June after comparing the "ugly crime" to performing "a satanic Mass". 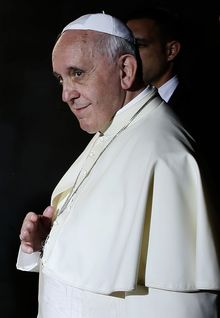 Speaking after his three-day tour of the Middle East on Monday, Pope Francis said he would show zero tolerance for anyone in the Roman Catholic Church who abuses children.

"Sexual abuse is such an ugly crime ... because a priest who does this betrays the body of the Lord," he said.

The 77-year-old spoke to journalists for nearly an hour on his flight to Rome, the BBC reports, but it was not clear if the zero tolerance policy would extend to bishops accused of turning a blind eye to abuse by priests in their dioceses.

Pope Francis said he would meet eight victims and Cardinal Sean Patrick O'Malley, the head of a commission set up by the Vatican to investigate sex crimes committed by priests and to care for victims.

Cardinal O'Malley said in April he would recommend that negligent clerics be held accountable regardless of their rank in the Church - a move that victims' groups have pressed the Vatican on.

Plea for no more terrorism

The Pope navigated the minefield of the Israeli-Palestinian conflict during his trip to the Middle East. 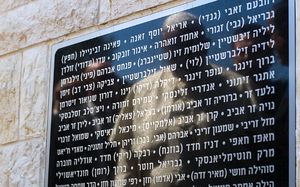 On the final day he visited the Holocaust memorial Yad Vashem in Jerusalem. "Never again, Lord. Never again!" he said in the Hall of Remembrance.

Earlier, the pontiff laid a wreath at the tomb of Theodor Herzl, seen as the founder of modern Zionism that led to Israel's foundation.

At the request of Prime Minister Benjamin Netanyahu, the Pope also made an unannounced detour to a "Memorial to the Victims of Terror" engraved with the names of Israeli civilians killed in attacks by Palestinians.

"I pray for all the victims of terrorism. Please, no more terrorism," he said at the memorial.

Mr Netanyahu thanked him for his words. "We don't teach our children to plant bombs. We teach them peace, but we have to build a wall for those who teach the other side," he said.