Officials have revealed the son of a Hollywood film director stabbed to death three people at his home in southern California before going on a drive-by shooting, killing three more.

The gunman, 22-year-old college student Elliot Rodger, drove through the town of Isla Vista in a black BMW on Friday night, shooting at people in the beachside community where many college students live.

He was found dead inside a crashed vehicle with a gunshot wound to the head, authorities said.

Another seven people are in hospital being treated for bullet wounds, two in a serious condition. 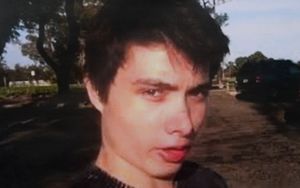 He had posted a YouTube video saying he was looking forward to his "retribution day" and vowing to take revenge on people living a better life than him.

"It's obviously the work of a madman," Mr Brown told a news conference about the shooting, later adding it was "very, very apparent he was severely mentally disturbed." 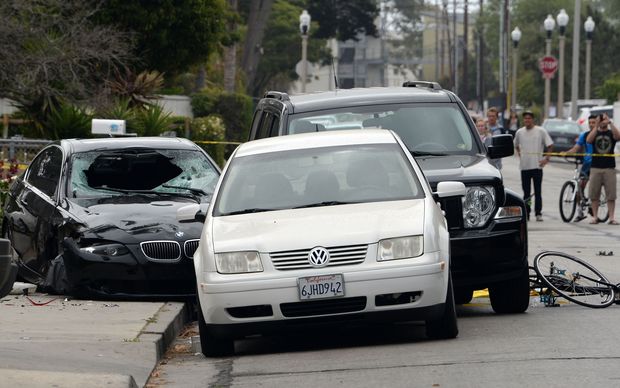 The crashed car (left) believed to have been driven by the gunman. Photo: AFP

Elliot Rodger's mother contacted the police after a YouTube video was posted a few weeks ago, the family's lawyer said.

Mr Brown said deputies had interviewed Rodger but found him to be polite and courteous and took no further action.

Robert Johnson, a 21-year-old University of California Santa Barbara student, said the car drove past him at a busy Isla Vista intersection and that he heard "popping noises" that he originally mistook for firecrackers or the car backfiring.

"Then the sound came again, and by that point it had pulled up in front of a convenience store deli, and someone in the car was firing into a crowd of about eight, 10 people that were gathered in front of the store," he said.

The incident was the latest mass shooting in the United States, where schools, shopping malls and military bases have been scenes of such crimes, Reuters reports.

Last month, a gunman killed three people and himself at the Fort Hood US Army base in Texas, where another gunman killed 13 people in 2009.

In December 2012, 20 children and six adults were killed in a mass shooting at an elementary school in Newtown, Connecticut. Six months before that, a gunman opened fire in a Denver movie theatre, killing 14 people.

The deadliest US mass shooting in modern times was in 2007, when a student at Virginia Tech killed 32 people.

The BBC reports that the father of one of the victims has blamed politicians and the United States gun lobby for his son's death.

"They talk about gun rights, what about Chris's right to live, when will enough people say stop this madness, we don't have to live like this - too many have died, we should say to ourselves, not one more!" 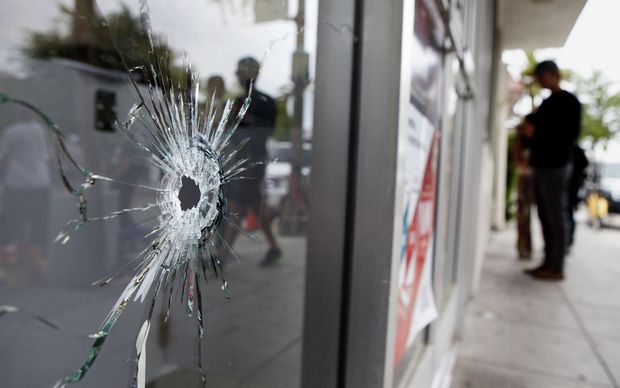 A deli in Isla Vista was one of several crime scenes in the shooting. Photo: AFP 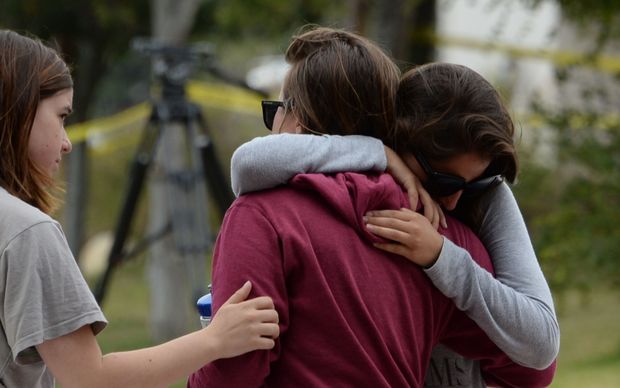 Many students live in the Isla Vista beach community, next to the University of California Santa Barbara. Photo: AFP