Teachers throughout Nigeria are holding a day of protests in support of more than 200 schoolgirls seized by the Islamist group Boko Haram. 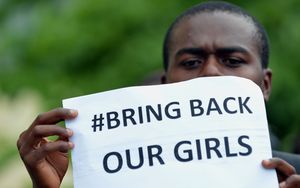 Teaching unions said they would also march in memory of the 173 teachers killed by militants. It follows two days of bloody attacks in the country, in which nearly 150 people have been killed.

Nigeria's government is under pressure to do more to tackle Boko Haram and bring about the girls' release, the BBC reports.

United States President Barack Obama on Wednesday said he had deployed 80 military personnel to neighbouring Chad to help in the search. They would support the operation of intelligence, surveillance and reconnaissance aircraft for missions over northern Nigeria and the surrounding area.

The girls were taken from their school in Chibok, in north-eastern Borno state, on 14 April. They are thought to be held in a remote forested area of the state, close to the border with Chad and Cameroon.

The Nigerian Union of Teachers said all schools would be closed so teachers can participate in a series of "Bring Back Our Girls" rallies.

President of the union Michael Olukoya said they would not stop campaigning "until our girls are brought back safe and alive and the perpetrators of the heinous crime are brought to book", Nigeria's Premium Times quotes him as saying.

Another union leader, Segun Raheem, said that teachers too were also a target - and the authorities were not doing enough to protect them.

Boko Haram is accused of killing 27 people in attacks on two villages, Shawa and Alagarno, close to where the schoolgirls were taken. Witnesses said they torched homes and shot at residents before leaving with stolen food and vehicles.

A double bombing in the central city of Jos on Tuesday, in which 118 people died, is also thought to have been the work of Boko Haram.

Nigeria's President Goodluck Jonathan, who has been criticised for his administration's slow response to the schoolgirl hostage crisis, this week announced new measures to tackle the insurgents.

These include a multinational force around Lake Chad, comprising a battalion each from Chad, Niger, Cameroon and Nigeria. 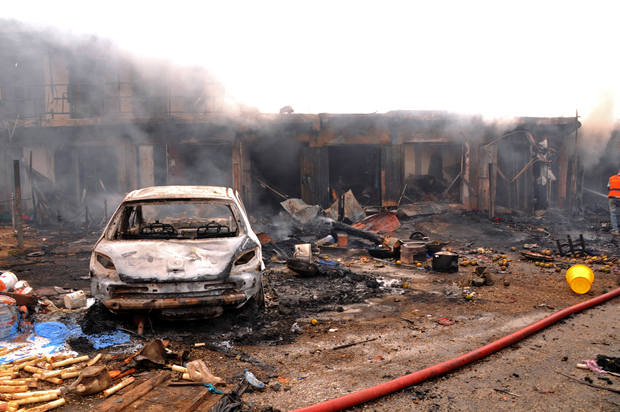 The bomb blast at the Terminus market in the city of Jos is thought to be the work of Boko Haram. Photo: AFP