A Russian billionaire has been ordered to pay more than 4 billion Swiss francs ($US4.5 billion) to his ex-wife to settle a six-year divorce case. 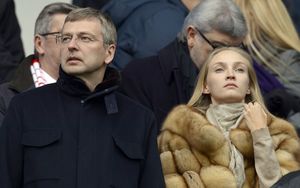 The Geneva court's verdict means Dmitry Rybolovlev, the owner of AS Monaco, a French football team, will lose around half of his estimated fortune.

Elena Rybolovleva has been fighting the divorce terms since 2008.

Ms Rybolovleva was also reported to have won custody of the couple's daughter Anna, 14. They have another daughter - Ekaterina, 25, a showjumper.

The couple, who wed in Cyprus, were married for 23 years.

Mr Rybolovlev made his money in mining potash, used in agricultural fertilisers.

He bought AS Monaco Football Club in December 2011.

Forbes values his fortune at $US8.8 billion.

He can still appeal the ruling.