President Vladimir Putin has ordered Russian troops on military exercises near the Ukraine border to return to their bases. 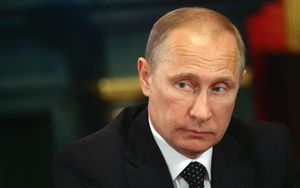 The Kremlin announced on Monday the three regions involved are Rostov, Belgorod and Bryansk. Defence officials have insisted the troops were involved in regular training.

Russia has made similar statements in the past. But NATO Secretary-General Anders Fogh Rasmussen said there was no evidence of any withdrawal so far.

The BBC reports tensions between Russia and the West rose after the overthrow of President Viktor Yanukovych in February, following months of street protests in Kiev and other cities.

Ukraine is preparing for presidential elections on 25 May.

Russia annexed Crimea after a referendum there on 16 March.