Antarctica is reportedly losing about 160 billion tonnes of ice a year to the ocean - twice as much as when the continent was last surveyed. 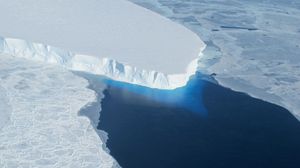 The BBC reports the assessment is from data the European Cryosat spacecraft, which has a radar instrument specifically designed to measure the shape of the ice sheet.

The melt loss from the continent is sufficient to push up global sea levels by around 0.43mm per year.

Scientists report the data in the journal Geophysical Research Letters.

A BBC science correspondent reports the new study incorporates three years of measurements from 2010 to 2013, and updates a synthesis of observations made by other satellites over the period 2005 to 2010.

Cryosat has been tracing changes in the height of the ice sheet - as it gains mass through snowfall, and loses mass through melting.

Overall, Cryosat finds all three regions to be losing ice, with the average elevation of the full ice sheet falling annually by almost 2cm.