More than 20 people have been killed in Vietnam and a huge foreign steel project set ablaze as anti-China riots spread to the centre of the country a day after arson and looting in the south. 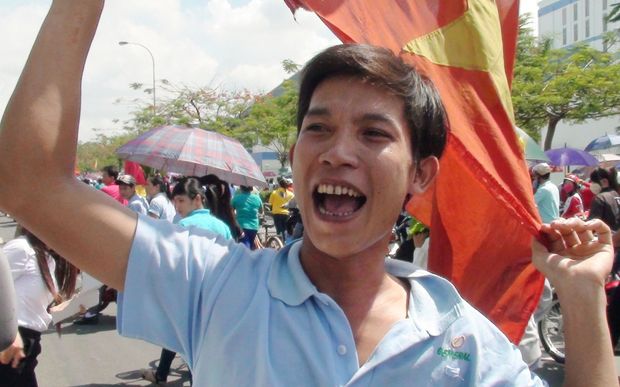 A doctor at a hospital in central Ha Tinh province said five Vietnamese workers and 16 other people described as Chinese were killed on Wednesday night in rioting over China's deployment of an oil rig in a disputed area of the South China Sea.

Local media, however, said only one person was killed.

Formosa Plastics Group, Taiwan's biggest investor in Vietnam, said its steel plant under construction in Ha Tinh was set on fire after fighting between its Vietnamese and Chinese workers.

It said one Chinese worker was killed and 90 others injured

Hundreds of Chinese working in Vietnam's industrial zones have fled, most to neighbouring Cambodia and others by air.