Former Australian senator Mark Arbib has told a Royal Commission into a home insulation scheme - in which four men died - that alarm bells would have rung if he had known three people were electrocuted in New Zealand by stapling through foil insulation.

The inquiry is examining whether the deaths of four Australian installers in 2009 and 2010, along with hundreds of house fires, could have been avoided in the Rudd government's home insulation programme.

Three of the four men who died were electrocuted.

The Brisbane-based inquiry has been told bureaucrats who planned the scheme were warned about the earlier electrocutions of three installers in New Zealand when they stapled through the foil into elecric wires, which made all the foil "live". 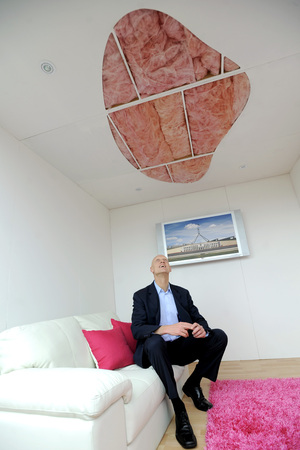 Peter Garrett at the start of the insulation scheme. Photo: AAP

But when questioned by counsel assisting the commission, Keith Wilson, Mr Arbib said he was not advised of the deaths.

"I don't recall ever being made aware of that," he said.

He also told the hearing that "death was never mentioned as a prospect".

Weeks of evidence have revealed that the project was delivered under immense time pressure and that key safety warnings about installer deaths were ignored.

Mr Arbib helped coordinate the government's economic stimulus program in his role as a parliamentary secretary for government service delivery in 2009.

The commission has heard there was confusion as to whether Mr Arbib was directing the programme, even though Peter Garrett was the federal environment minister and, on paper, responsible for the scheme.

Former prime minister Kevin Rudd, Mr Garrett and former climate change minister Greg Combet are all due to give evidence at the inquiry this week.