Russia claims it will respect the outcome of a referendum on self-rule in two east Ukrainian regions, and that the results should be implemented peacefully. 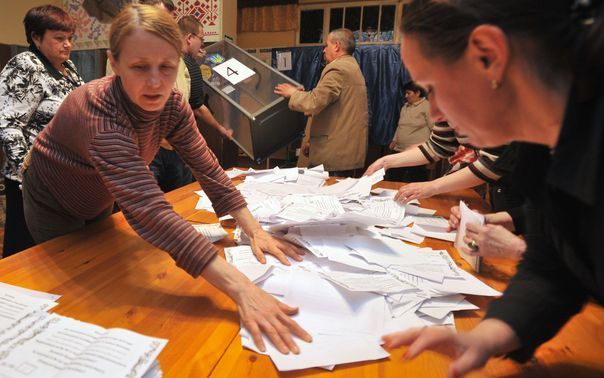 Pro-Russian rebels declared a landslide victory in the referendum held in Ukraine's Donetsk and Luhansk regions.

The Ukrainian authorities dismissed the vote as a farce and the European Union criticised the referendum.

The Kremlin emphasised what it said was a high turnout by the population, despite what it said were attempts to disrupt the vote.

The BBC reports there were chaotic scenes at polling stations, no voting booths in places and no up-to-date electoral register.

Separatists claimed two people were killed by armed men loyal to Kiev in the city of Krasnoarmiisk.

A number of towns in the two regions refused to hold the poll.

The referendums were held despite an earlier call by Russian President Vladimir Putin to delay them in order to create the conditions necessary for dialogue.