Austria has been crowned the winner of the 59th annual Eurovision Song Contest held in Copenhagen, Denmark. 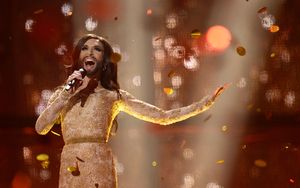 Drag act Conchita Wurst, 25, won the competition with her song, Rise Like a Phoenix, with 290 points on Saturday.

"This night is dedicated to everyone who believes in a future of peace and freedom. You know who you are - we are unity and we are unstoppable," she said.

The BBC reports the Netherlands finished second with 238 points and Sweden was third with 218.

It was Austria's first victory since 1966. The event was watched by a global audience of 180 million people.

The contest has been held every year since 1956.