A London court has been told Rolf Harris is a Jekyll and Hyde figure who groped women and used his fame to abuse girls.

The 84-year-old Australian entertainer is accused of indecently assaulting four girls between 1968 and 1986, the youngest of whom was aged seven or eight. Harris denies the charges. 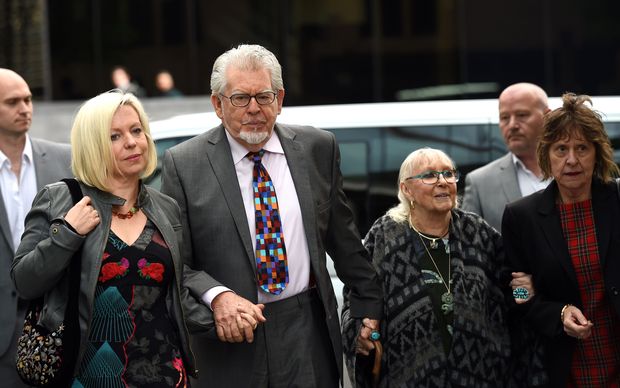 Prosecutor Sasha Wass told Southwark Crown Court on Friday Harris had groomed one girl like a pet, and two of his victims later became alcoholics as a result of the abuse.

The jury of six men and six women heard the prosecutor describe Harris as a Jekyll and Hyde figure whose "dark side" was not known to colleagues and companions for decades.

The jury also heard he had a reputation for inappropriate behaviour at an Australian TV channel. "He was known as the octopus because of the way he would put his hands all over women," said Wass. "He took advantage of his fame and popularity."

Harris is the biggest name to go on trial since British police launched a major investigation after revelations that the late BBC TV host Jimmy Savile was a prolific child sex abuser, leading to the arrest of more than a dozen ageing celebrities, Reuters reports.

The court heard Harris wrote a letter of confession to the father of one of his victims in which he accepted that he had had a sexual relationship with the woman but did not say it had occurred while she was under-age.

"I fondly imagined that everything that had taken place had progressed from a feeling of love and friendship," the jury heard Harris wrote in the letter. "There was no rape, no physical forcing, brutality or beating that took place," he added.

The court was told Harris abused the girl from the age of 13, in numerous locations in Britain and elsewhere.

His status meant she did not talk about the incident until 1996. But in 1994, the court heard, Harris says he was contacted by the woman who demanded £25,000.

When he refused, she threatened that her brother would go to newspapers over what Harris assumed were details of the affair.

The first prosecution witness is due to take the stand on Monday.