Thailand's prime minister has appeared before the Constitutional Court in Bangkok to defend herself against allegations of abuse of power.

The complaint was filed by senators who said Yingluck Shinawatra's party benefited from improperly transferring her national security chief in 2011. 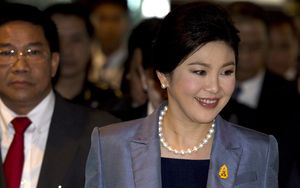 Ms Yingluck could be removed from office and banned from politics for five years if found guilty, reports the BBC.

The decision is expected on Wednesday, the court said after the hearing.

The prime minister's supporters believe the top courts are biased against her and the case is an attempt by the elite to force her from office.

The BBC's correspondent Bangkok said if the Constitutional Court also banned enough of her cabinet to disable her caretaker administration, her ministers had warned there would be chaos, with large-scale protests by pro-government red-shirts a certainty.