Experts in Italy are warning that one of the world's most famous statues, Michelangelo's David, is in danger of collapsing because it has weak ankles. 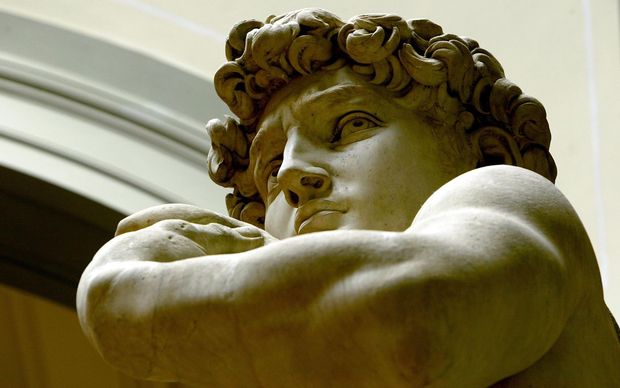 Experts warn that Michelangelo's David is in danger of collapse. Photo: AFP

It has emerged that the marble used in the Renaissance masterpiece was of poor quality and cracks have been appearing in the legs, the BBC reports.

The 5.5 tonne sculpture is showing signs of micro-fractures in its legs and researchers in the Italian city of Florence warn it could collapse under its own weight, Italian newspaper La Repubblica reports.

The carved tree stump behind David's right leg, which bears most of its weight, may also have cracks, recent findings from the National Research Council show. They have been covered up with plaster over the years, but have a tendency to reappear.

Weak spots were also discovered in the original statue's ankles, after a series of centrifuge tests on plaster replicas. Researchers suspect these developed while David was on display for more than three centuries in the city's main square, leaning forward at a dangerous angle.

The 5m statue was already fragile because of the poor-quality marble Michelangelo chose for his masterpiece, as well as its great weight and off-centre pose.

It's been suggested an earthquake, or even road construction, could cause it to topple, and that David should be moved either to a quake-proof room, or to a new site outside the city.