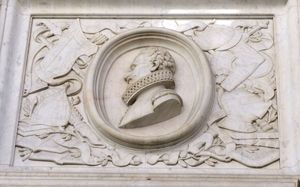 A marble plaque to Miguel de Cervantes at the Convent of Trinitarians in Madrid. Photo: AFP (file)

They will scan the floor of a convent in Madrid where the author of Don Quixote is thought to have been buried.

The work of scanning, exhuming and identifying any remains is expected to take several months.

Cervantes died in poverty in 1616, but is now recognised as the greatest writer in the history of the Spanish language and the father of the modern novel.

The search in the Convent of Trinitarians will begin on Monday.

The BBC reports Cervantes was recorded as having died on 22 April 1616 and was said to have been buried a day later in the church there. However, the precise location is not known.