A global network of nuclear test sensors - which includes New Zealand's infrasound detector in the Chatham Islands - has picked up 26 major atmospheric explosions over the past 13 years.

But none were caused by nuclear bomb tests - they were all the result of asteroid strikes in the atmosphere, the BBC reports. 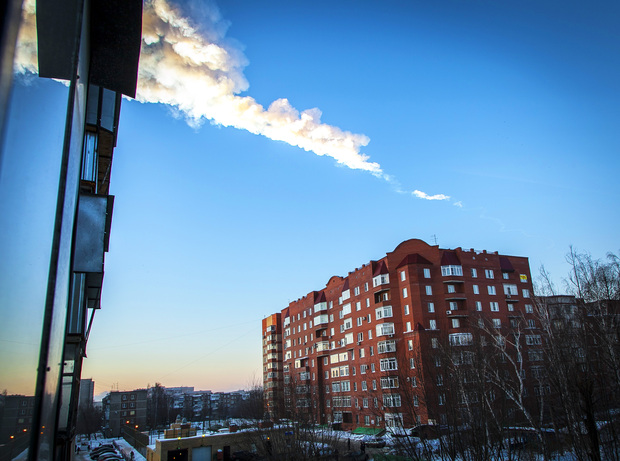 An asteroid explodes above the Russian city of Chelyabinsk, on 15 February, 2013. Photo: AFP

The American-based B612 Foundation, which includes a number of former Nasa astronauts, says data collected by the Comprehensive Nuclear-Test-Ban Treaty Organization (CTBTO) catalogued explosions ranging from one to 600 kilotons.

By way of comparison, the bomb that destroyed the Japanese city of Hiroshima was a 15-kiloton device.

Fortunately, most of these space rocks disintegrated high up in the atmosphere and caused few problems on the ground.

A few, people will have heard about, such as the 20m-wide object that ripped across the sky above the Russian city of Chelyabinsk last year.

But many of sufficient size to be labelled "city-killers" have gone unseen because they occurred over the ocean.

They include one on 3 September 2010, south of Bluff, and another nine months later, on Christmas Day, over the Tasman Sea, halfway between Wellington and Sydney.

The B612 Foundation says the CTBTO data suggests that Earth is hit by a multi-megaton asteroid - large enough to destroy a major city if it occurred over such an area - about every 100 years.

It says that in the case of Siberia's devastating Tunguska impact in 1908 - it was fortunate that that object, thought to be about 45m wide, struck a very remote part of the globe.

The foundation is campaigning for a space telescope, Sentinel, to be used to better quantify and mitigate the risks.

Projected to be ready for launch in 2018 and costing some $US250 million, the venture is being funded privately through donations.