Malaysia says the search area for the missing Malaysia Airlines plane Flight MH370 has narrowed and will be at "a critical juncture" in the next two days. 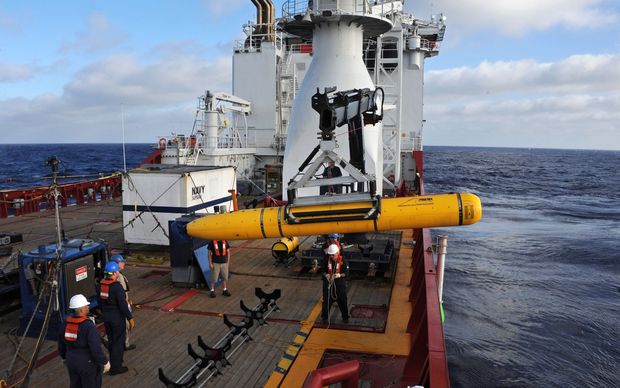 Transport minister Hishammuddin Hussein says an underwater drone will finish searching an area in the Indian Ocean off Perth within the next week.

A Bluefin-21 mini-submarine operated by the US Navy aboard HMAS Ocean Shield, is mapping an area of the sea bed within a 10km radius of where acoustic signals were detected, which are believed to be from the aircraft's flight recorder.

It is operating at a depth of more than 4000 metres.

Mr Hussein said it was important to focus on the search on Saturday and Sunday.

"The narrowing of the search for today and tomorrow is at a critical juncture," he said.

"I appeal to everyone around the world to pray and pray hard that we find something to work on in the next couple of days."

Flight MH370 went missing on 8 March as it flew from Kuala Lumpur to Beijing carrying 239 people.

The BBC reports the Bluefin-21 is searching in an area defined by four acoustic signals picked up by an Australian search team. It has an operating depth of 4500m.