Tropical Cyclone Ita has been downgraded to a category four storm as it moves closer to the far north Queensland coast and forcing many people to evacuate.

The Australian Weather Bureau says Ita has slowed down, but residents in potentially affected areas are preparing for the worst. The storm is set to hit the Great Barrier Reef coast about midnight on Friday, between Cape Flattery and Cooktown, bringing winds of up to 275km/h. 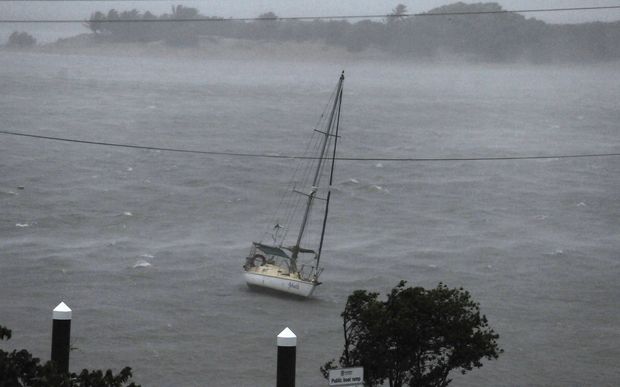 Strong winds and waves pound a boat in Cooktown on Friday. Photo: AAP 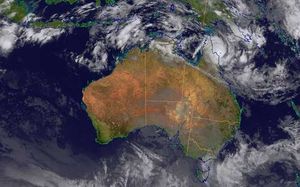 Elderly people, young families and patients on dialysis are among the thousands of people in the Australian state who have been evacuated from their homes before Ita arrives.

Brett Harrison from the weather bureau says there is a chance the system may be downgraded before it crosses the coast, but "either way we're still looking at a significant event".

The bureau says the dangerous system will generate storm surges, high tides and very destructive winds. Parts of the coast could receive up to 300 millimetres of rain every six hours for several days after Ita hits. The cyclone is the most severe system it has seen approach the Queensland coast since Cyclone Yasi in 2011, the ABC reports.

The system last week wreaked havoc in Solomon Islands, destroying much of the infrastructure of the capital, Honiara, and killing 24 people, with dozens more still missing. It also destroyed 1100 homes in Papua New Guinea and about 54,000 people have been affected.

Many at Cooktown evacuation centre

New Zealander Joanne Stevenson has sought refuge at the Cooktown evacuation centre and said about 200 people are sheltering there and they feel well looked after. 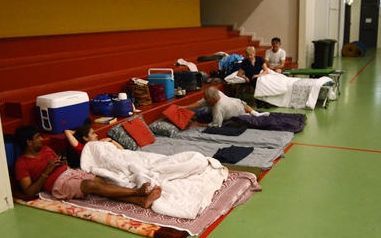 People prepare for Cyclone Ita a an evacuation centre in Cooktown. Photo: AAP

Councils in the region say they are prepared for electricity to be cut to some communities for up to a month. Swift water rescue crews and SES volunteers are on standby in Cooktown and Cairns.

Cooktown residents are being warned that properties built before 1985 may not be able to withstand Ita's impact. It is believed one third of dwellings in the town of about 2400 people could be vulnerable and state premier Campbell Newman has urged people in those houses to seek shelter elsewhere.

Mr Newman has warned that Ita had the potential to cause large storm surges similar to those created by Typhoon Haiyan in the Philippines in November last year. He told the ABC a category five cyclone is as bad as it gets. "Frankly I don't know if we all understand enough about the impacts of storm surge."

The QT Hotel in Port Douglas, northern Queensland, has set up an emergency centre has been set up in the ballroom. Manger Steven Oakley said the hotel has plenty of food and water, and guests are being kept informed of the cyclone's progress. If conditions become severe, guests would be kept in their rooms where they are safest and the hotel has been built to withstand a strong cyclone. 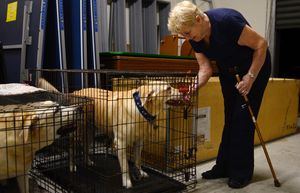 Pets are being cared for at a shelter. Photo: AAP

Port Douglas resident Roger Kilner said they are doing what they can to prepare, including battened everything down. He said his family's kit is up to date and they have stocked up on food that can be eaten without having to be cooked, as they expect to be without power for some time.

Sue Brennan is one resident who has decided to remain at home, however. "We're building a house, so we've locked down that house and tied the trailers to trees and stuff like that with chains. We're forgetting about up the top and just going downstairs underneath in a smaller room with the shower and toilet and food."