Facebook is working on plans to use using drones, satellites and lasers to connect the two-thirds of the world that has no internet access.

It will put it in direct competition with Google, which is planning to deliver net access via balloons. Both of the net giants want to extend their audiences, especially in the developing world, the BBC reports. 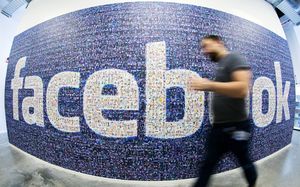 The move was announced on the social media platform by founder Mark Zuckerberg.

Details about Facebook's plan were scant but it will include a fleet of solar-powered drones as well as low-earth orbit and geosynchronous satellites. Invisible, infrared laser beams could also be used to boost the speed of the net connections.

The social network has already teamed up with telecoms operators in the Philippines and Paraguay to double the number of people using the internet in that region.

To bring the project to fruition, Facebook has set up a Connectivity Lab that will include experts in aerospace and communication technology, from Nasa's jet propulsion lab and its Ames research centre.

It has also hired a five-member team that worked at British firm Ascenta, whose founders developed the Zephyr, which holds the record for the longest-flying solar-powered unmanned aircraft.