Populations of bumblebees are in steep decline around the world. 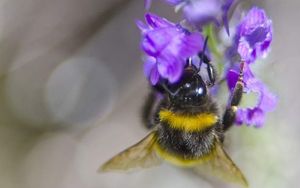 Numbers have plummeted over the past 50 years , the BBC reports, and some, such Cullem's bumblebee (Bombus cullumanus) in Britain, have become extinct.

Writing in the journal Nature, the team says beekeepers should keep their honeybees as free from disease as possible to stop the spread.

Scientists also believe that the destruction of habitats - particularly wildflower meadows - has driven much of the loss, but the latest research suggests that disease too could play a role.

In honeybees, deformed wing virus causes significant problems. Its severity seems to be exacerbated by the presence of another widespread parasite, the varroa mite, which causes entire colonies to collapse.

Bumblebees do not carry the varroa mite, but the scientists found that those infected with deformed wing virus have a dramatically shortened lifespan.