The funeral for the veteran military general and politician included full military honours.

Mr Sharon was regarded by many Israelis as a great statesmen, but was widely loathed in the Arab world. He died on Saturday aged 85 after eight years in a coma. 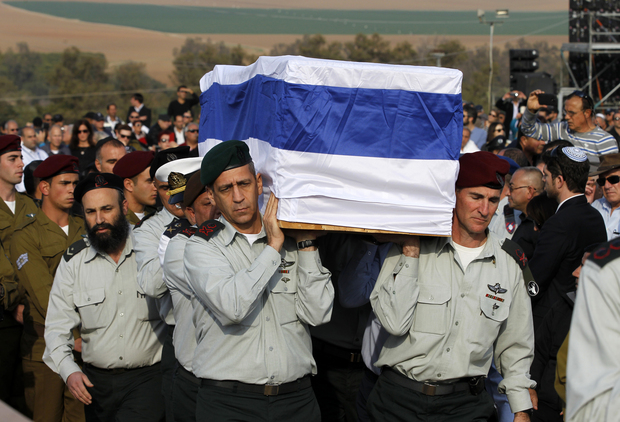 Army officers carry the coffin of Ariel Sharon to his grave in southern Israel. Photo: AFP