Five hundred tents and tarpaulins will be handed out in the next few days to more than 4000 people whose houses were damaged a powerful cyclone.

The category 5 Cyclone Ian killed one person and injured 14 people when it tore through the northern Ha'apai group of islands at the weekend.

Sione Taumoefalau, director-general of the Tongan Red Cross, said on Tuesday that the Pacific nation has enough supplies at present.

Mr Taumoefalau said Tonga has not asked any other country for help, but may do so once an assessment is completed on Tuesday, and food, shelter and water will be a priority over the next few weeks.

Authorities have been using information gathered by a New Zealand Air Force Orion to help assess the storm's impact.

Flight lieutenant Stephen Graham said the damage to houses in the Ha'apai islands is monumental, with many gutted down to their foundations.

Aid groups are predicting the islands will take several years to get back to normal, with fears cyclone-damaged fresh water supplies and arable soil has been polluted by salt water. 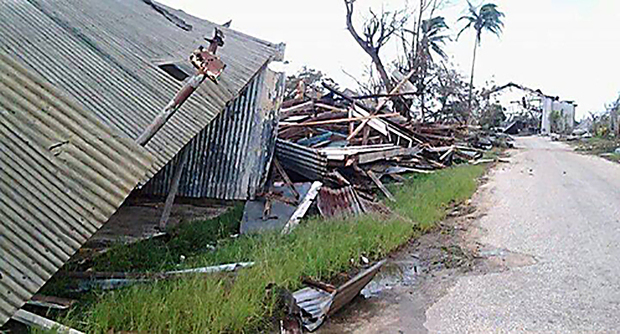