Aid is pouring into devastated northern areas of Tonga for victims of a powerful cyclone that has destroyed or damaged 800 properties in the Ha'apai island group.

One person has been killed and thousands more are homeless after Ian, a category 5 storm, battered the Pacific nation at the weekend. 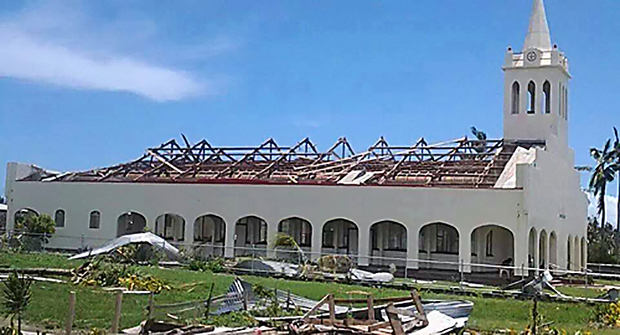 Emergency officials say desalination plants will need to be set up to replace damaged water infrastructure in badly affected areas. Ian Wilson, from New Zealand's Ministry of Civil Defence, is in Tonga and said on Monday that people in Ha'apai are relying on tank water treated with purification tablets.

"They have sufficient water - probably two to three weeks - and we're in the process of looking (at) how we can maintain water supply after that ... We'll probably look at desalination plants, osmosis plants, small ones that can actually go into the villages and make them get their daily water supply from that."

Mr Wilson said emergency generators have been set up at a hospital and radio tower.

The director of Tonga's National Emergency Office, Leveni Aho, said emergency workers are using radio and satellite phones to communicate with the stricken islands where electricity and phone lines are down and the first supplies have been delivered to these areas.

Mr Aho said the relief co-ordination is targeted towards about 5000 displaced people who live on three of the islands in the Ha'apai group. He said there is no communication with 80% of the area, including the island of Lifuka.

A chartered flight flew health, power, telecommunication and Red Cross workers to Ha'apai on Sunday afternoon. Ha'apai governor Tu'i Ha'angana said the damage is so bad, he could see from one side of the island to the other.

Two navy patrol boats from Tonga have gone to the northern and southern Ha'apai islands to survey immediate damage, with one boat delivering emergency shelter supplies and road clearing equipment.

Charities have begun mobilising to help cyclone victims. The director-general of the Tongan Red Cross said on Monday that the most critical issue for people in Ha'apai is shelter.

Sione Taumoefalau said 80 to 90% of the buildings on the island of Lifuka have been destroyed and about 4500 people were at an evacuation centre.

In New Zealand, the Red Cross, the Auckland Mayoral Fund, Caritas, Oxfam and the TEARFund are accepting donations.

Ian McInnes, head of the New Zealand Disaster Relief Forum, said people should give money, rather than food or clothes.

"It takes considerable time to ship it there. There's still an assessment going on as to the viability of the ports and the reality is it's often largely unneeded. The major need and the major expense will be rebuilding people's homes and recommencing their livelihood."

The New Zealand Government has donated $50,000 to the relief cause and said it is ready for any further requests for assistance.

Auckland mayor Len Brown said Tongans living in the city have been considering sending money and goods directly to relatives. However, Mr Brown said it is uncertain if these packages actually reach people in storm-affected islands, and suggested that a better option is to donate to the fund.

Oxfam's executive director in New Zealand, Barry Coates, believed the Ha'apai islands would take several years to get back to normal. 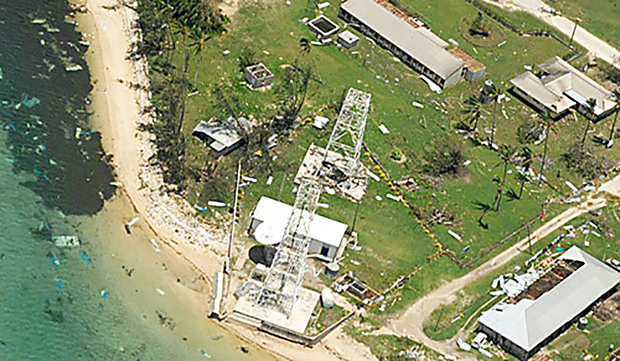 Islands in the Ha’apai group have been badly damaged. Photo: RNZAF